The Asian Productivity Organization (APO) and Science and Technology Centre of Antioquia (CTA) signed an agreement to conduct training course for the development of CTA productivity practitioners and independent consultants in Medellín. Under the agreement, the APO will help develop competencies in promoting and applying productivity and quality management techniques to benefit organizations and industries.

The course in Medellín will enable participants to identify, use, and explain productivity approaches and tools while adopting an integrated productivity framework for diagnosing productivity issues and devising and implementing solutions. The training modules will be in a training-of-trainers format.

The agreement follows the MOU signed by the APO and CTA in December 2015 to strengthen cooperation and exchanges between the two institutions and to promote productivity and innovation. The MOU set out the general collaborative framework with the support of the Mayor’s Office of Medellín through its International Cooperation Agency.

APO Secretary-General Mari Amano hoped that the training course for the CTA would open doors to similar successful initiatives in non-APO member economies. “The APO is honored to support the CTA and Medellín City to become pioneers of the productivity movement in Colombia and Latin American countries,” he said, adding that the active participation of CTA representatives had provided learning opportunities for participants from Colombia as well as APO member countries.

Highlighting the importance of the agreement, Secretary of Economic Development, Municipality of Medellín, María Fernanda Galeano commented that the Municipality of Medellín appreciated the support and hospitality offered by the APO. “Medellín is in the midst of a transition and hopes to move forward through collaboration with the APO. Medellín is planning to organize an Eco Fair next year,” she announced. CTA Productivity Deputy Director Jaime Arboleda Palacio pointed out that this was just the beginning of the new relationship as defined by the December MOU. “We hope to see a larger role of the CTA and APO in driving productivity in Colombia and look forward to more such initiatives,” he stressed. 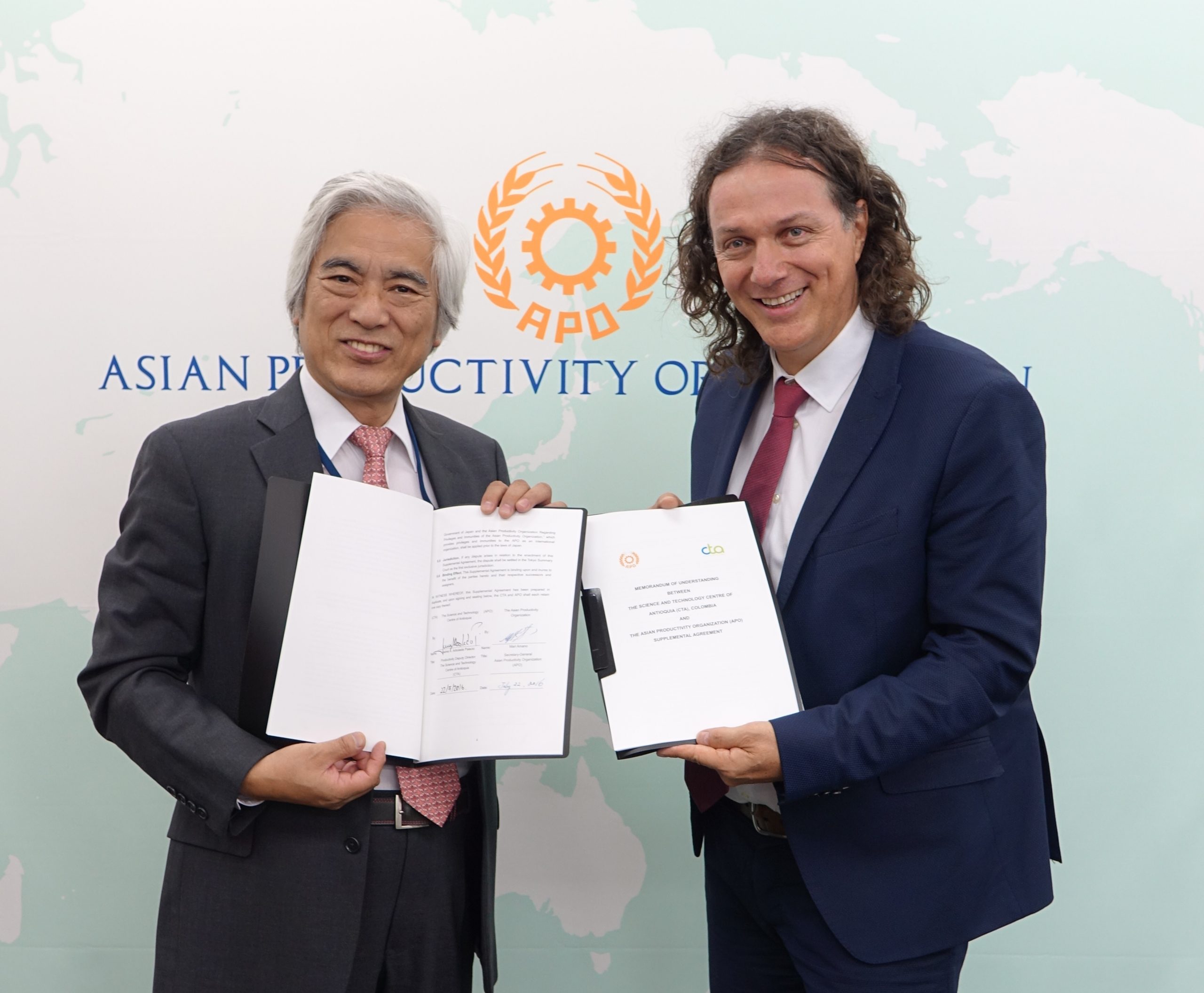