The five-day APO Multicountry Observational Study Mission (OSM) on Community Development for Achieving Inclusive Growth: Saemaul Undong (SU) Model of Community-driven Development began in Seoul, Republic of Korea (ROK). Nineteen participants from 13 APO member economies are attending the OSM from 15 to 19 May 2017 to become familiar with emerging trends and opportunities in rural revitalization. They will then develop community-based rural development plans for engaging key stakeholders in the decision-making process to increase rural productivity and inclusive growth. 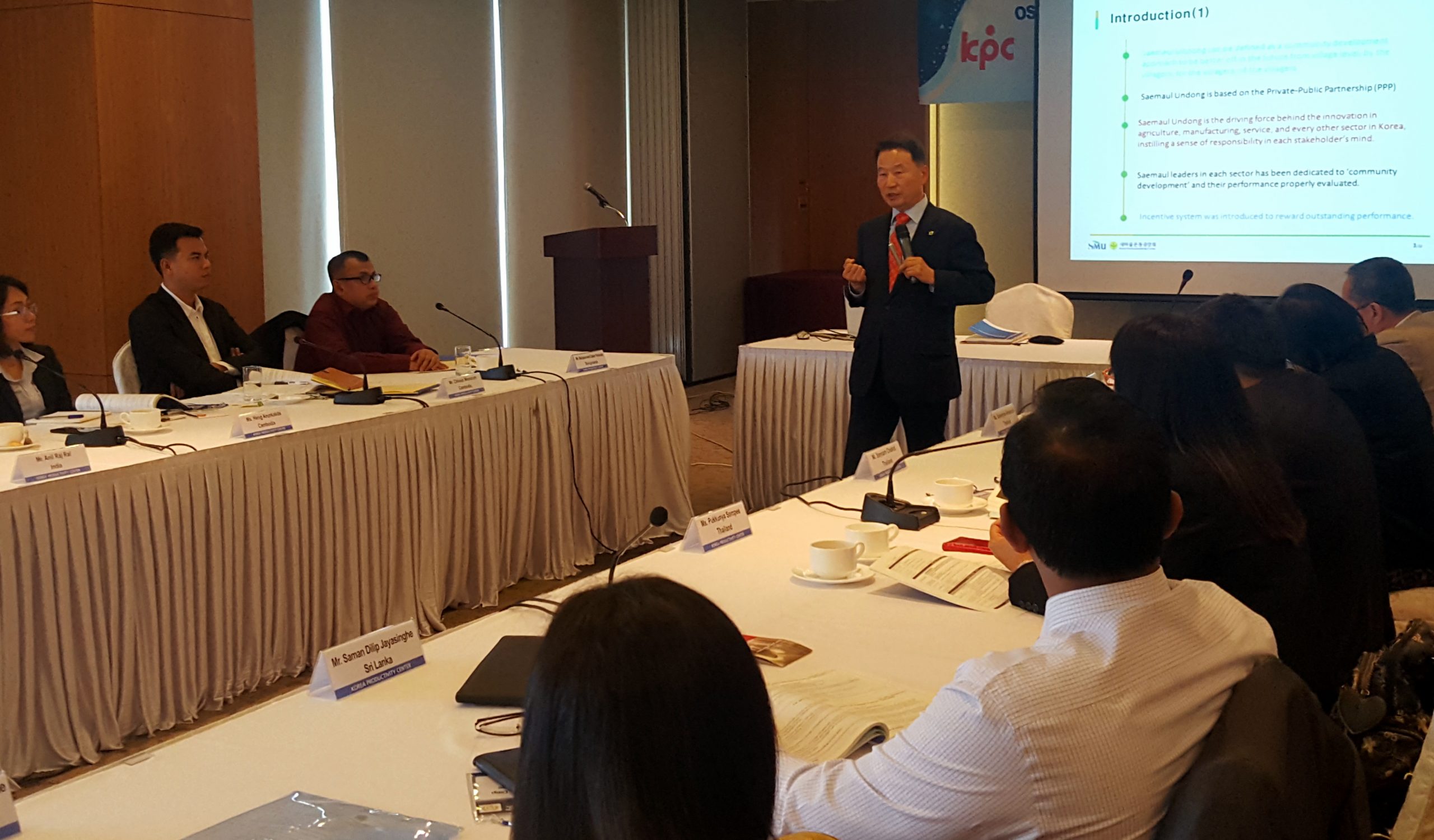 The mission is being conducted by three resource persons: Faculty of International Studies Professor Dr. Shinichi Shigetomi of Meijigakuin University (Japan); Korea Saemaul Undong Center President Dr. Jin Kwang So (ROK); and School of Business Professor, Park Chung Hee School of Policy and Saemaul Dean Dr. Kisu Kim of Yeungnam University (ROK). The OSM began with a welcome message by Senior Project Manager Tae-Ho Kang of the International Cooperation Department, Korea Productivity Center. During the first day, the delegates participated in a discussion on the organization process approach led by Dr. Shigetomi, while Dr. Kim shared details and made a presentation on the SU model.

The SU or New Village Movement is a community-driven initiative launched in the early 1970s by then-President Park Chung-Hee to modernize the ROK’s rural economy and resolve endemic poverty issues. While urban areas in the ROK were expanding with sudden population influxes and increased wage levels, the economic growth gap between urban and rural areas was widening and formed a major concern.

The SU plan was based on the Korean system of hyangyak and doorae which provided the rules for self-governance and cooperation in traditional communities and was supported by the national government to ensure balanced development. Under the SU, new administrative units were created in local governments and promotional councils were formed as liaison offices between the central government and provincial levels in both the public and private sectors.

Building rural infrastructure was another element of the SU movement. The government restructured village road networks to arrange community facilities and agricultural production centers. The living environment of households was enhanced and modernized through electrification and improved sanitation. The initiative enabled the ROK achieve rapid economic growth, often referred to as the “Miracle on the Han River,” and the SU movement was at the core of rural development efforts.

This OSM to study the SU model was designed to showcase its best practices and positive spirit as another APO initiative to help member countries learn from each others’ successful examples. During the mission, participants will have opportunities to understand how the SU has made smart agriculture an intrinsic part of its activities in line with recent technological advances. After completing the OSM, participants will be encouraged by the APO and their NPOs to undertake similar community development efforts in their own countries. 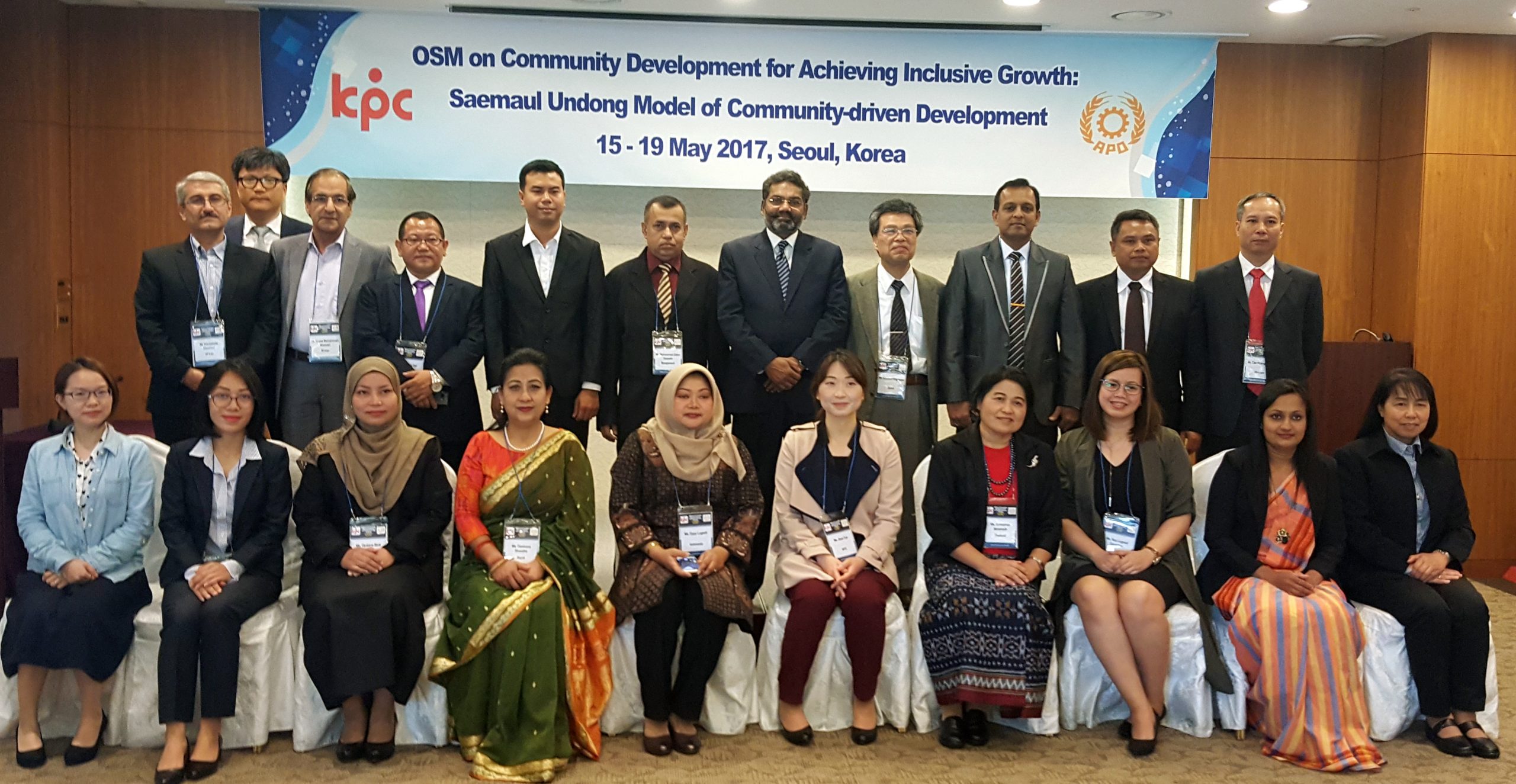