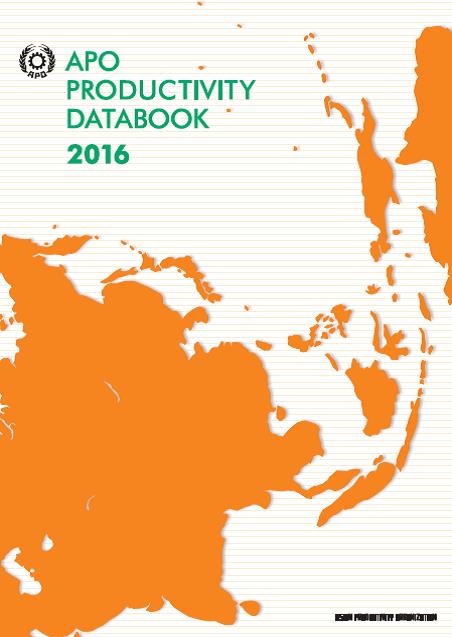 The Asian Productivity Organization (APO) has released its much-awaited Productivity Databook 2016, with added matrices and enhanced granularity. The new edition of the Databook features more than 30 Asian economies and their groupings, along with other reference economies like the USA and EU.

The ninth edition of the Databook includes preliminary estimates on per-worker labor productivity for 37 major cities across Asia, including Singapore, Tokyo, and Taipei. According to the newly developed preliminary estimates for cities, Singapore topped the productivity list, followed by Tokyo, Hong Kong, and Taipei. Some key Chinese cities featured in the middle of the list, while major South Asian cities appeared toward the end.

Releasing the Databook, APO Secretary-General Santhi Kanoktanaporn said, “This 2016 edition of the publication is part of the APO’s focused efforts to provide evidence-based policy guidance to its members through research on productivity measurement. I am pleased to release this new edition of the APO Productivity Databook to readers. The Databook presents an analytical report on recent and long-term productivity and economic performance of the region and reference economies.”

Elaborating upon the effectiveness of the Productivity Databook, Dr. Koji Nomura, Head of the Databook project and Associate Professor at Keio University, commented, “With the meticulous research work through the continuing partnership between the APO and Keio, we were able to harmonize and compile 40-year timeline data. Baseline indicators on productivity and economic performance are calculated for 30 Asian economies, representing the 20 APO member economies and 10 nonmember economies in Asia, as well as for reference countries.”

“Based on the growth accounting framework, the economic growth in each economy is decomposed into the contributions of TFP and capital and labor inputs for 20 Asian economies, along with the USA as a reference economy. I hope that the comprehensive productivity database will help stakeholders analyze the potential for economic growth, showing room for further improvement in economic efficiency and effective uses of resources and for acceleration in the accumulation of human and nonhuman capital,” Dr. Nomura explained.

The publication aims to provide comprehensive cross-country comparisons of economic growth, structural change, and the productivity performance of Asian economies in relation to global and regional economies. A key highlight of this edition is the city-level preliminary estimate of per-worker labor productivity. Databook researchers noted that for better policies to foster nationwide productivity growth, observing the improvement in cities’ productivity may play a key role. The database is scheduled to be expanded to observe the changes over time and to include smaller cities in Asia.

TFP estimates for Nepal and growth accounting for the Asian region were newly developed in this edition of the Databook. The estimates of labor input and its compensation in some countries are revised in this edition, reflecting work-in-progress estimates on number of workers, hours worked per worker, and hourly wages. These data are cross-classified by gender, educational attainment, age, and employment status, which have been developed over the past few years.