Artificial intelligence in Asian agriculture: Its time has come 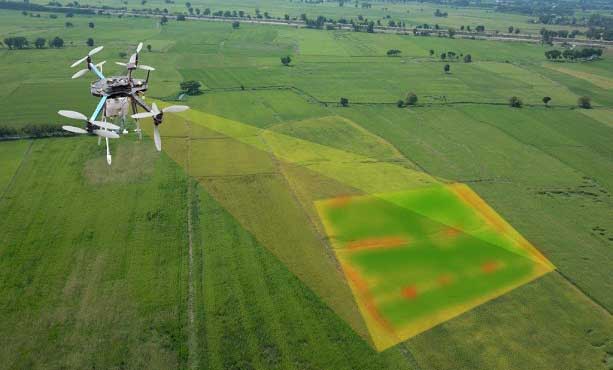 According to a study published by Zion Market Research, the global market for artificial intelligence (AI) in agriculture is growing at a staggering rate of 23% annually and is expected to hit USD2B in 2024. This technology can increase crop productivity, cut the costs of growing, and help produce healthier food with a smaller ecological footprint. But what exactly is AI?

When we talk about AI, most of us think of science fiction movies and robots who are taking over the world. In reality, AI is nothing more than a scientific discipline that exploits digital data to model the real world, often with the aim of improving decision-making. Examples of this include weather forecasts based on satellites and millions of sensors deployed all over the world, self-driving vehicles that use car-mounted cameras and millions of hours of recorded material, facial-recognition software with databases of billions of human images, etc. Agriculture has somehow been lagging behind other fields, but with the recent influx of numerous novel data sources, this is about to change.

Currently, satellites revolving around the Earth produce new images of our fields every day, drones are scanning fruit and vegetables, and sensors are being installed on farmland and attached to livestock. These data sources are generating a tremendous amount of information that can only be processed and comprehended through AI. AI finds the hidden dependencies within the long streams of ones and zeros using complex math and statistics. Fortunately, farmers do not need to know what is happening under the hood and can use it as a ready solution.

The agricultural AI market is currently dominated by US and European companies, which include tech giants, such as IBM and Microsoft; agricultural multinationals, such as Syngenta and Bayer; and a myriad of innovative startups. However, with the recent Chinese economic boom, Japan’s technology transfer to agriculture, and the increasing need for intensification in South and Southeast Asia, the East is catching up quickly.

There are numerous success stories of how AI has changed Asian agricultural production. One of the most recent ones in the field of drones comes from PR China. Although DJI is currently the absolute world leader in the area of unmanned aerial vehicles, it may not be the company that will deliver the next disruptive technology in this area. The problem with most commercial drones is that they have their own limitations, mainly because they were designed as general-purpose platforms that could serve equally well for taking high-resolution shots for promotional videos and wedding ceremonies or the monitoring of unreachable sites. Their use in agriculture has so far been limited due to the low weights that drones could carry, which was not sufficient for much more than a camera.

The demand for dedicated agricultural drones has been recognized by DJI, which has successfully launched its pesticide spraying drone, but another Chinese company may be the one to fully revolutionize this process. XAG was founded as a startup by a small team of “computer geeks” but has quickly grown into a major high-tech company with 1,400 employees. They designed drones able to carry significant loads, allowing them to fit pesticide onboard, while innovations in battery design and motor efficiency increased flight time. This makes drones able to distribute pesticides over large areas, but the questions of how exactly to apply pesticides, when, and in what amounts remain. The answers lie in AI. 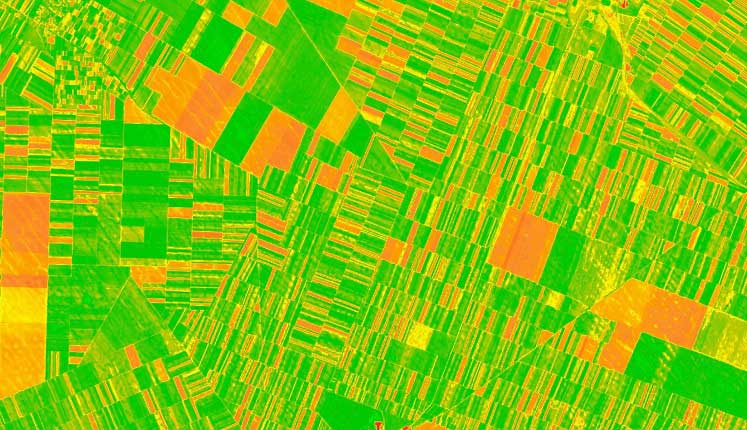 Photo. Soil-scanning image of management zones in a field.

Using image-processing techniques and deep learning, different “management zones” are defined inside a field (Photo). They are considered homogeneous within, while the growing conditions and disease intensity vary between, different zones. Each is assigned an appropriate pesticide amount that corresponds to pest/disease intensity, so that the plants receive exactly what they need, when they need it. In this way, XAG claims to have saved more than 6,000 metric tons of agrochemicals on a global scale, which is a tremendous improvement from both economic and ecological points of view. Not only were yields not jeopardized, they were in fact increased. We usually perceive profitability and ecological sustainability as two opposing objectives, but solutions like this prove that win–win situations are possible.

Another company with similar drone-based solutions is Japan’s OPTiM. It also uses AI and multispectral cameras to provide precise monitoring of agricultural production. Besides increasing the profit margin and sustainability of production, it also aims to solve the problem of Japan’s aging population and lack of available workforce. An alarming statistic is that two-thirds of Japan’s farmers are over 65 years of age. This is mostly due to the fact that young people are moving to big cities, leaving the older generations on their farms. This is a global problem that requires serious initiatives by governments and protective rural policies, but it will take a lot of time and effort before this situation is turned around.

Luckily for the food and farming industry, the gap in the demand for labor can be quickly filled by advanced AI-driven systems. Companies like OPTiM allow farmers to monitor far bigger areas at higher resolutions but without the need for large teams of experts and field workers. Similarly, Alibaba’s ET Agricultural Brain is delivering remote expert advice to pig farmers, Microsoft and ICRISAT are monitoring soil moisture and giving sowing recommendations to farmers in India, and Japan’s high-tech agricultural company Spread has set up the world’s first “robot farm,” where all activities from planting and irrigation to trimming and harvesting are performed by robots instead of people.

Due to the increased availability of free satellite imagery at 10–30-m resolution taken every few days and the relatively low price of drones, arable-land agriculture has so far witnessed the biggest benefits from AI-driven innovations. However, livestock and fisheries are also expected to reap the potential benefits of the Fourth Industrial Revolution. The lack of a skilled workforce and diminishing margins have severely affected aquaculture in the Asia-Pacific region. However, AI has managed to increase productivity by taking over tedious jobs, such as manual sorting of fish on conveyor belts. A team from Kindai University successfully developed a system that uses industrial cameras and image-recognition techniques to detect juvenile fish of the correct size and shape for further processing, while those who do not fit the industrial requirements are automatically discarded in the blink of an eye. This system is a perfect example of how workers can be diverted from repetitive tasks and directed to where their skills and expertise can be much better utilized.

There are numerous other examples of how AI is transforming Asian agriculture, but they have one thing in common: They are based on huge quantities of data. The data could be generated using drones, Internet of Things (IoT) devices, and various cameras. These sensors are essentially an algorithm’s “eyes” that provide it with insights into problems. However, in order to “teach” the algorithm to make decisions, expert knowledge is absolutely necessary, whether it comes from the domain or from the data science side. In some cases, AI only compares the data input with experts’ decisions and tries to mimic them. In others, it learns the complex dependencies within the data and effectively creates new knowledge, which it applies in the online phase when the system is put into action.

AI systems trained in this way perform better than humans in terms of speed, precision, areal coverage, cost, and other aspects that led to the system development in the first place. Whether they will ever completely wipe humans out of agriculture remains an open question that our generation may never have to worry about. What is certain is that we will be seeing more and more solutions in our fields based on data, the IoT, AI, and image processing. They are a major opportunity for humanity to finally close the gap between food supply and demand, while at the same time making production fully sustainable and environmentally responsible. It is now the right time for Asian agriculture to use the dazzling AI research results from around the world, apply them on crop fields, and position itself as a global leader in this area. 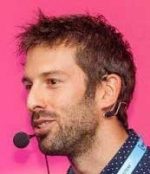 Dr. Oskar Marko is a senior researcher at BioSense Institute, the European Centre of Excellence for application of IT in sustainable agriculture, located in Novi Sad, Serbia. He is working on problems of sowing strategy optimization, smart irrigation, and crop classification using advanced machine learning, evolutionary algorithms, and satellite image processing. He was the leader of the team that won the prestigious Syngenta Crop Challenge in agricultural data analytics in 2017 and received Consultative Group on International Agricultural Research (better known as CGIAR) Inspire Challenge funding for optimizing sowing strategies for African farmers. Dr. Marko is involved in a number of industrial and scientific Horizon 2020 projects, in which his team is developing state-of-the-art decision-support systems based on AI..