Surprises, suggestions, and seeds of opportunity 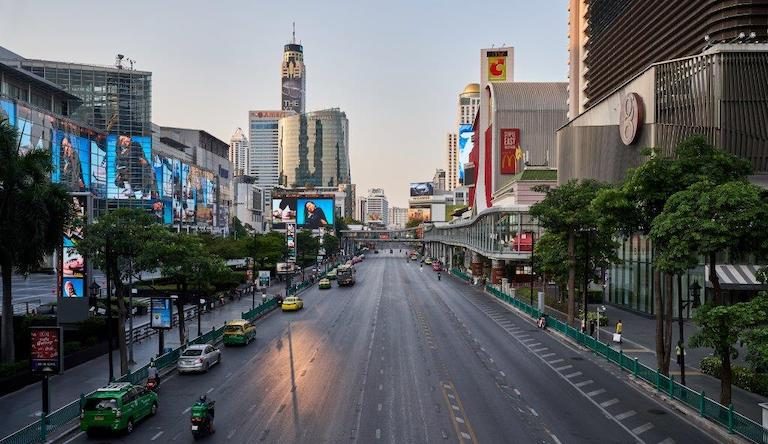 Senator and former Minister of Tourism and Sport, Royal Government of Thailand, Weerasak Kowsurat took time from his busy schedule to speak with APO Secretariat Program Officer Polchate Kraprayoon about the COVID-19 pandemic.

APO: How has the COVID-19 situation surprised you?

WK: One surprise is how different the reactions of leaders have been. No one has been through these circumstances before, and leaders have not had the time to fully explain their decision-making processes and communicate their actions. Those will be easier to understand three to four months or three to four years from now, when people will be able to ask about the decisions made and whether they were right at the time. We have seen so many varied responses among leaders, and the results have been astonishing.

I was also surprised that in many cases it proved hard to assemble the right advisers while everyone was busy dealing with with the pandemic in their own spheres. Leaders have been trying to understand the situation, listening to experts and local media, and continually calculating and recalculating actions based on the incoming information. Establishing international linkages did not seem to be a top priority as COVID-19 spread around the world.

APO: What role should regional and international cooperation play in overcoming the challenges of the pandemic?

WK: It is not normal practice to discuss domestic issues with international partners, but the current situation calls for policy advisers and researchers to talk to their counterparts from around the world. They can make case comparisons and receive reliable information on responses to the crisis, both successful actions and those that, in retrospect, should not have been attempted.

APO: What are the biggest challenges to the Thai government in dealing with this situation?

WK: The Thai government has generally managed it well. Except for a shortage of face masks in early March, the situation is satisfactory both in terms of policy and actual practice. We did, however, perhaps miss a chance to set up a single command center from the beginning. There were two or three different centers of command and communication before the state of emergency was declared, but then everything fell into place.

APO: Has a specific characteristic of Thailand helped it manage the COVID-19 pandemic relatively well?

WK: The biggest asset that Thailand has, in my view, is the trust of the community in its medical practitioners and their advice. Compared with many other countries, Thailand has a lot of great physicians in different fields of expertise who are often called upon to consult in medical schools in the region. As a result, Thai doctors have seen many different cases, been involved in various studies, and have vast international exchange experience. Thailand has gone through SARS and other pandemics, which has helped the country react very quickly to COVID-19. Governments, policies, and administrative staff change regularly, but medical personnel have their own world and maintain regular contact with places and people they have worked with. That gives them a deep collective network of knowledge and expertise which can be leveraged to benefit all.

APO: Reliance on remote work and virtual work platforms in both the public and private sectors is increasing worldwide. Is this seen in Thailand?

WK: Thailand is number three in the world in Facebook use and a major user of digital communication apps, so Thais have been glued to their screens for a long time. The transition to using those platforms for work was natural. In terms of digital infrastructure, investments by Thailand’s service providers are arguably second to none. We do not have the highest 5G penetration rate, but Internet access is available almost everywhere nationwide. So Thailand was well prepared to make the transition both in terms of culture and infrastructure. It still should be noted that in the past, those platforms were used more for entertainment and leisure rather than for work or study.

APO: How could the public sector be better prepared for future crises, like another disease or a natural disaster?

WK: Many top-down policies give priority to Thailand 4.0 and big data, but we have not seen much practical application of those yet. Like other countries, we invest the authority of the state in each single department. Departmentalization has been the norm for the past 50 to 70 years. Data sharing between departments and between government functions is uncommon, which prevents big data-driven governance from becoming a reality, in Thailand and elsewhere. Recently, every country has realized that there is a lot about its own territory and populace that it does not understand. For the public sector, the importance of data in decision making is paramount, especially in preparing for a crisis.

APO: What can be done to help the key tourism and sport sectors recover after containing COVID-19?

WK: Both tourism and aviation face declining revenues but with the same or even higher expenses. They do not want to let employees go because of their investments in training and organizational culture. The majority of service businesses do not have assets that can be used as collateral for loans, and their value is not easily measured. When the government wants to help, it tends to offer the same measures used to bring relief to the manufacturing sector, but the service sector does not have sufficient collateral and may not be familiar with institutional lending.

My suggestion is that government units at every level are in the best position to borrow from institutions and from the public. They should allocate contracts to service-sector firms, which would then allow them to receive loans from financial institutions. For example, instead of using government officials, the military, or police to oversee the repatriation of several hundred thousand Thais from around the world during this pandemic, private service-sector firms could be contracted. They could handle pickups at airports, transport to two-week quarantine facilities, food and cleaning service, etc. The service businesses contracted would be eligible for loans, thus preventing job losses. There would also be multiplier effects. Food deliveries mean that farmers would receive orders and delivery trucks would operate. Eventually, that need will end, but such a program would at least this bring some relief to businesses and give the government some breathing room to figure out other ways to assist the tourism-related service industry.

APO: There is a saying that “in every crisis lies the seeds of opportunity.” How could this crisis be an opportunity for the Thai government and people to make positive long-term changes?

WK: My answers to that could apply to almost any country anywhere. First, bureaucratic red tape is found everywhere. Usually it is very difficult to get rid of it because everybody is busy dealing with day-to-day business. However, in circumstances like these, when no one is traveling and there are no appointments to keep or meetings and seminars to attend, people have more time to focus on other things. It might be a good time for governments to assign groups to focus on identifying and then eliminating unnecessary red tape, bottlenecks, and ineffective regulations.

Second, this is a time when nature has a chance to rest. We can make use of this opportunity by tackling tasks that normally everyone feels too busy to do. One example is organizing more community cleanups. In addition to just picking up trash, educational sessions on how to manage waste more efficiently and sustainably could be offered. Normally, we feel that a 24-hour day is not enough to manage everything, but now with most people self-isolating at home, there is more time to try new things. People could spend time on training and preparing for their current or future jobs, or researching new lifestyles. When the world reopens again, they may be able to live in more self-sufficient, sustainable ways, known in Thailand as the “sufficiency economy.”

Third, for a long time, industrial and economic development has been seen as a target, rather than as a means to improve people’s well-being. Each country has specific goals it hopes to achieve. We should use our economic activities as a tool. Economic growth has been the sole target for too long. It has degraded the environment and dictated the behavior of people. A pandemic like this gives us an opportunity to reset our thinking, revise our tools, and most of all to redefine our targets.

I think that this pandemic has the potential to show us that a country’s greatness is not judged on how much wealth it has, or how it treats the rich and powerful, or how it protects it leaders. Now it has become increasingly clear that we should define the greatness of a country by how well it protects the poorest and weakest groups of people in society. Now we are coming to that understanding of what makes a great country.

APO: Senator, thank you very much for taking the time to share your thoughts with us in this unprecedented, challenging time. 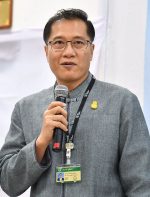