Articles
News »  » Disruptive technologies and the future of productivity

Disruptive technologies and the future of productivity

In the post information age, how may disruptive technologies affect society and influence productivity? 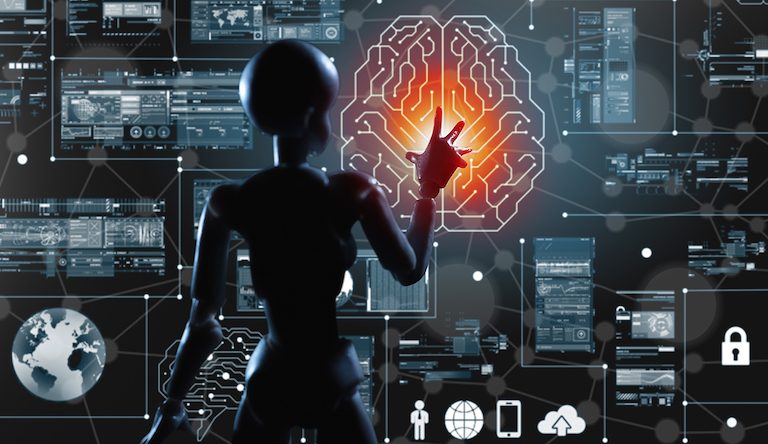 The speed of progress in science and technology is faster than ever. American inventor, futurist, and prolific author Ray Kurzweil, when plotting the intervals between the arrivals of major technologies that changed society (in other words, the pace of innovation), found that the lengths of time between such events were decreasing significantly. He described this phenomenon as “accelerating innovation.”

Society has been changing from the dawn of civilization. Humanity progressed from an agricultural, to an industrial, to an information society, and we are now in the post information age. Thanks to that progress, hunger has been reduced, diseases decreased, and most people can enjoy long lives (at least materially). Those are all positive results, but the final benefit is the speed of social change.

Looking at our daily work, tedious tasks no longer require hours spent with an abacus or a calculator. High-speed bullet trains like Japan’s Shinkansen and accessible air travel have dramatically speeded up movements between distant locations. The benefits extend to R&D. Research is usually conducted in laboratories employing human staff. Many of them explore new materials and attempt to understand scientific phenomena by repeating experiments to verify previous results. In today’s most advanced laboratories, people’s efforts in many of those endeavors can be performed by robots. The same changes that the IT revolution has brought to the office have finally reached the lab.

With those changes, science is progressing at an accelerated pace, and the results are continually affecting society. How will the changes affect our future? Anticipating social changes and formulating strategies to cope with them are called “future-proofing.” In a future when accelerating innovation is the norm, we will all be required to take future-proof actions.

It is extremely difficult to consider all likely technologies and the impacts they will have on society while also affecting each other. For this reason, making future predictions is generally limited to a few major sources of change (called driving forces), thinking about the effects they could have on society, and using those thoughts as a trigger. Among the major transformation sources mentioned here, technologically new ones are sometimes referred to as “disruptive technologies.” Some potentially disruptive technologies that I find especially interesting, how they may affect society, and how they could influence productivity are examined below.

A ledger is a database that cannot be tampered with and guarantees that the attribution of property and rights can be confirmed by anyone able to view it. In general, it is considered to be a technology that recognizes crypto assets like Bitcoin; in reality, it has a wide range of applications. In the past, a centrally managed database was required to hold data that could not be tampered with, but that required enormous costs to ensure security performance and make tampering theoretically impossible. Distributed ledger technology (DLT) solves that problem using IT applications.

Financial institutions can make transactions less expensively by using DLT for financial settlements. In addition, maintenance costs for the various databases operated by public institutions are also reduced. Ultimately, monetary transactions can be controlled by programs at the lowest possible cost. This will allow secure settlements involving small amounts of money, which could not be transferred previously. Economic activities are expected to be revitalized by removing obstacles to the availability of monetary exchanges.

Artificial intelligence (AI) has been able to outperform professionals in chess (shogi) and Go, widely acknowledged to be the most complex game devised by humans. When the AI system called AlphaGo challenged the world champion and won in 2015, it was reported all over the world as a seminal event. That victory involved employing the entire Google cloud for a very complicated program that took two years to develop.

However, the AI efforts did not stop there. The development of Go AI continued, and two years later, the AlphaZero system set a record for self-learning the game in just three days, surpassing the human achievement level of the previous year. This shows how AI advances swiftly and does not need to stop evolving. Applications in other areas, such as image recognition where AI far surpasses humans, are increasing. Although many people believe that it will take time for AI to acquire general human-like intelligence, it has already exceeded our abilities in numerous areas. The issue now is integrating that intelligence into our systems and processes.

There are two main sources of the dramatic improvements in AI learning capabilities. One is expansion of capacity through deep neural networks. The other is the availability of data for learning. With the combination of these two, a huge number of tasks can now be performed by AI. However, this only occurs within computer networks. In the physical space where we live, things do not move at wireless speed since they have finite mass. It was therefore thought that AI-style innovation would be difficult to achieve in the robotics field.

Gravity is exerted on matter, and energy is required to move it. Electricity, which is a major energy source for general purposes, needs large, heavy batteries to store power, limiting the applications of robotics. However, as actuators driving robotics have become smaller and more powerful, the batteries that store energy can also be made smaller and less cumbersome. This expands robotic functions dramatically. Robots were previously used in manufacturing processes in factories, but soon smaller robots capable of precise, delicate movements will become common in living spaces. In particular, they will be powerful tools in delivering face-to-face services such as nursing and assistance in activities of daily living for the elderly or those with physical disabilities.

The human immune system protects against pathogenic microorganisms. However, the system function fails against several diseases, making their treatment extremely difficult. Cancer inhibits immune cell activity and prevents their growth. HIV destroys the human immune system itself, meaning that resistance to pathogenic microorganisms is lost. According to the World Health Organization, many of the top 10 causes of death globally are related to loss of immunity. However, Dr. Tasuku Honjo, who won the Nobel Prize in Physiology/Medicine in 2018, utilized research findings on the human immune system to develop cancer immunotherapy.

The time will come when cancer and HIV can be cured. In addition, we now know that numerous microorganisms called the microbiome live within and on the surface of the human body, greatly affecting our health and functioning. Understanding the human body, including the microbiome, will provide a healthier life for mankind.

Interlinkages among the four areas of technological change described above will result in major social changes. For example, extended longevity due to advances in life sciences will increase the need for nursing care for the elderly, which may pave the way for introducing robotic technologies into personal living spaces. There will also be an increasing number of approaches to utilizing the skills of the elderly in the workforce. Robotics, especially exoskeleton-type assistive robots, will be useful. DLT can reduce the cost of managing information and lead to explosive activation of information exchanges around the world. This will increase innovation and enrich society.

However, changes in each driving force will also be diverse, and there can be an enormous number of them when combined. How can we envision a concrete future from such information and start future-proofing today? The next article in this series will illustrate existing methods for predicting social changes based on these driving forces and describe global efforts to address them.