Background and maternal healthcare in the tea plantation sector 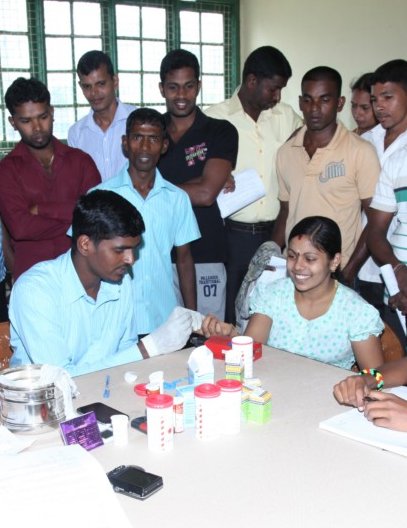 The plantations of Sri Lanka date back to the colonial era when huge numbers of workers were needed on labor-intensive tea plantations. The health of the workers was the responsibility of plantation management. Various legal acts were put in place throughout the 1930s and 1940s to provide medical care. However, there were no special provisions for maternal and child health (MCH) services, although they should have been given high priority since a large percentage of the workforce comprised women of childbearing age.

There were no major changes in the provision of MCH services on the estates until the acquisition of the plantations by the government under the Land Reform Law in 1974/75. In 1974, the Family Health Bureau of the Ministry of Health commenced an estate MCH service with trained midwives, family welfare supervisors, assistant medical practitioners, and estate medical assistants. Women were also provided transport facilities and paid leave to attend antenatal clinics.

In the mid-1990s, the maternal mortality rate (MMR) on plantations was in the range of 0.9–1.9 per 1,000 live births, which was higher than the national average for Sri Lanka. The difficult terrain and long distances that pregnant woman had to travel to government institutions providing emergency obstetric care may have contributed to some of those deaths. Poor accessibility to quality care in the antenatal and natal periods and the lack of quality essential obstetric care and protocols also resulted in the high MMR in the plantation sector. The future plans for the provision of maternal health services seemed uncertain, with limited commitment by the state to provide MCH services.

The basic preventive health indicators in the plantation sector showed gradual improvement during 2010, but interventions in the areas of nutrition and general behavioral changes to promote healthy lifestyles were lacking. In 2013, the MMR for Sri Lanka was 33.4 per 100,000 live births. The president of the Sri Lanka College of Obstetricians and Gynaecologists (SLCOG) declared the organizational vision for 2014 to be “zero maternal deaths with minimal morbidity.” It was acknowledged that lowering the MMR to single digits in the plantation sector would be a major challenge. Attempts to do so using traditional management systems yielded disappointing results, even with expanded emergency obstetric care, skilled attendants at deliveries, and more trained midwives.

Application of knowledge management to MCH on plantations
The Ministry of Health and SLCOG determined that the unique plantation culture contributed to maternal deaths, since the living conditions and sociocultural environment differed from those in the rest of Sri Lanka, for example, in the number of home births. It was decided to involve multiple stakeholders from the Ministry of Health, National Productivity Secretariat (NPS), Plantation Human Development Trust, and Training Hospital at Gampola in a knowledge management (KM) campaign to address MCH issues. First, studies were performed to determine whether the application of a KM system could have a significant impact on reducing the MMR. Once it was obvious that it could, the APO KM framework was applied to design a system to alleviate the MCH problems in the plantation sector.

The main objective of the KM and Innovation demonstration project is to reduce MMR in the plantation sector of Sri Lanka. It was also meant to showcase how a community could undertake KM initiatives with broad-based commitment. Launched on 9 June 2014, the project is being carried out in the Central Province of Sri Lanka, where 50% of the plantation community live. Plantation residents constitute 20% of the total Central Province population, and 53% in the Nuwara Eliya district live on plantations. Two tea plantation estates were selected to pilot this initiative: the Rothschild and Sogama estates in Kandy and Nuwara Eliya districts, respectively. 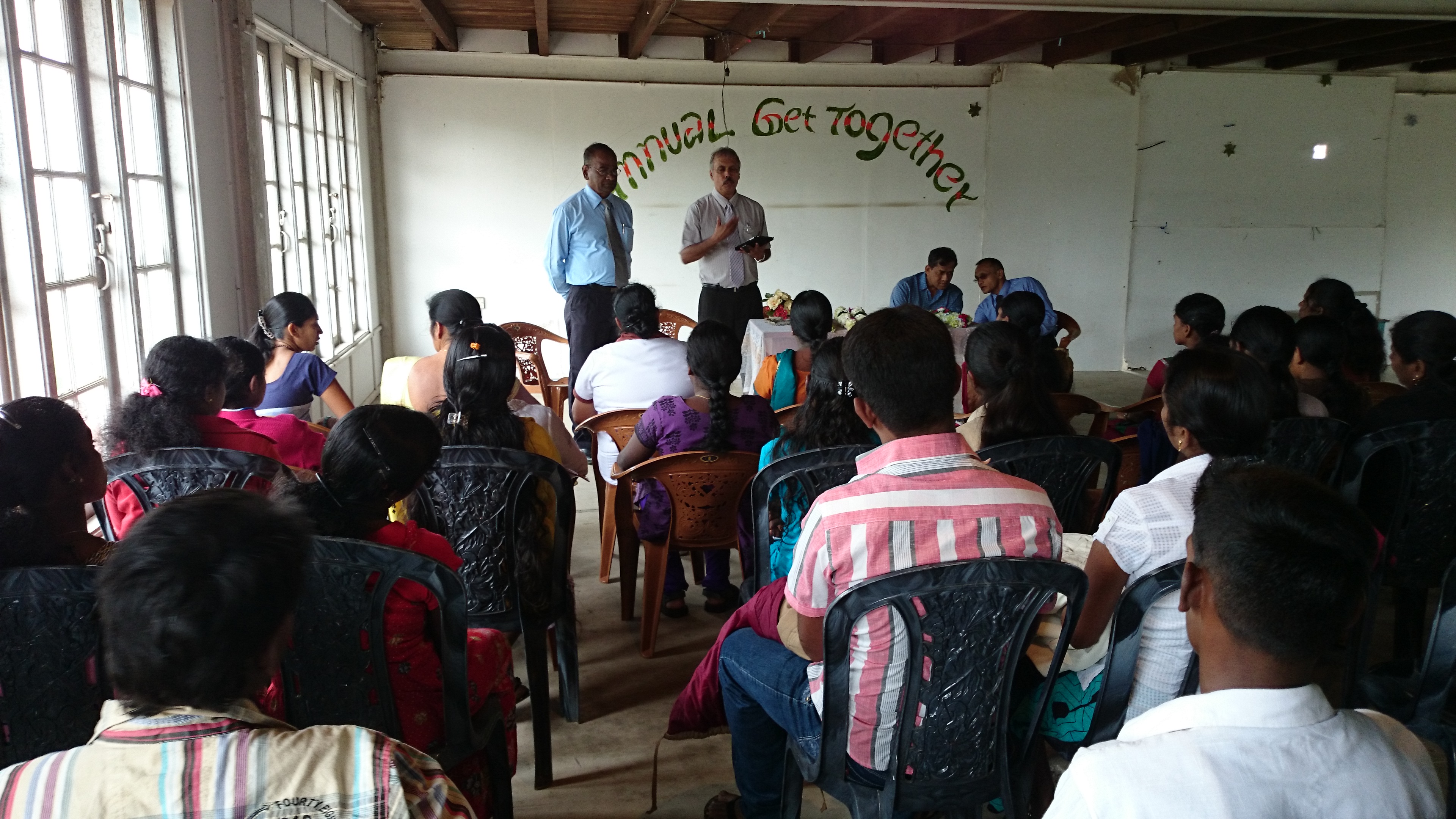 Volunteers from the Sogama community estate during a briefing session on the KM project.

Additional studies were carried out to identify the knowledge gaps of healthcare providers and potential recipients of preventive and curative MCH services. The vision of the project is “improved health and productivity for plantation workers through KM and innovation.” Four project objectives were identified: improving the health of pregnant women on plantations; raising productivity levels of estate workers through KM; increasing the satisfaction of pregnant women with MCH services at Gampola Base Hospital; and securing community involvement in healthcare. These goals explicitly linked the expansion of services to full utilization of the services available.

Major accomplishments
A major achievement was the establishment of an emergency obstetric hotline. This compensates for the difficult terrain and long distances to reach emergency facilities. Under outreach activities by Gampola Base Hospital, expectant mothers on plantations are also given regular health education. 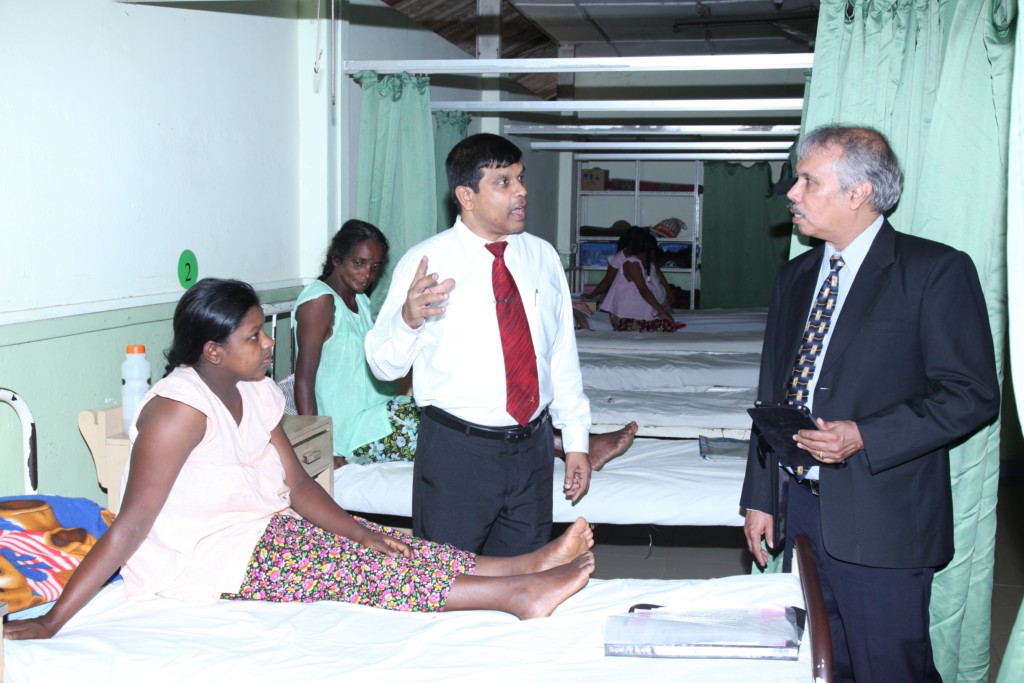 A pamphlet on basic maternal healthcare in both Singhala and Tamil was produced and distributed to pregnant women. Monthly clinics operate on both estates to perform health checks. As a result of all these activities, a patient satisfaction survey showed improvement in overall services provided by the Training Hospital at Gampola.

Besides improving the health of pregnant women, the NPS offered guidance on basic productivity concepts such as 5S, the 3Rs, and kaizen to improve productivity on the Rothschild and Sogama Estates. It was encouraging that the communities took ownership in applying these concepts, resulting in marked improvements in cleanliness and order. Households also started planting fruit and vegetables for healthier diets as well as to provide additional income. On the Sogama Estate, some households dug communal ponds for fish breeding. More than 20 volunteers on each estate took leadership roles to ensure that the initiatives introduced have been sustained. They also suggested new initiatives such as setting up libraries to promote learning.

One of the key lessons from this project is that volunteers can take ownership of KM initiatives if they are given responsibility and accountability. It also showed that communities and healthcare services can cooperate to solve real problems. 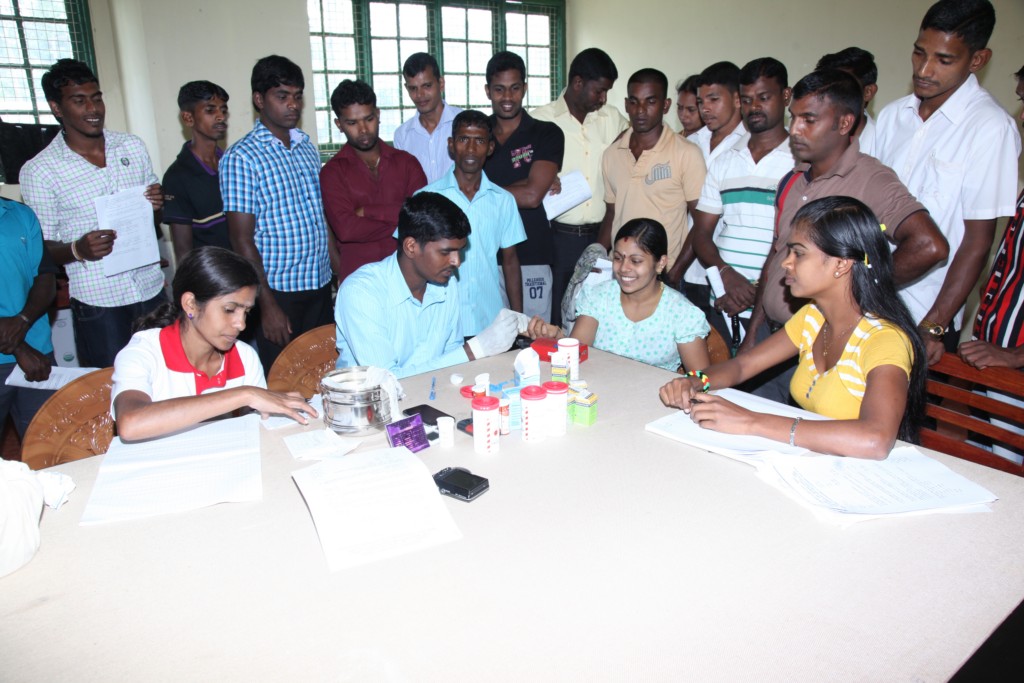 A health screening session on the Rothschild estate enables hospital staff to identify the healthcare needs of the estate community before designing intervention programs.

It is not easy to work with such diverse organizations in a single project without a common purpose and shared vision. To ensure successful collaboration with multiple stakeholders, it is important to involve senior staff in the early stages of a project.

This program has confirmed that KM can be effectively used to improve living conditions and health in a community. The Rothschild and Sogama Estates can be models for other plantations to follow. This model could also be adapted to other specific sociocultural environments through future projects in other communities.