Experts envisage an exciting era of robots, AI, drones, virtual reality, and the Internet of Things. But are we really prepared for Industry 4.0? 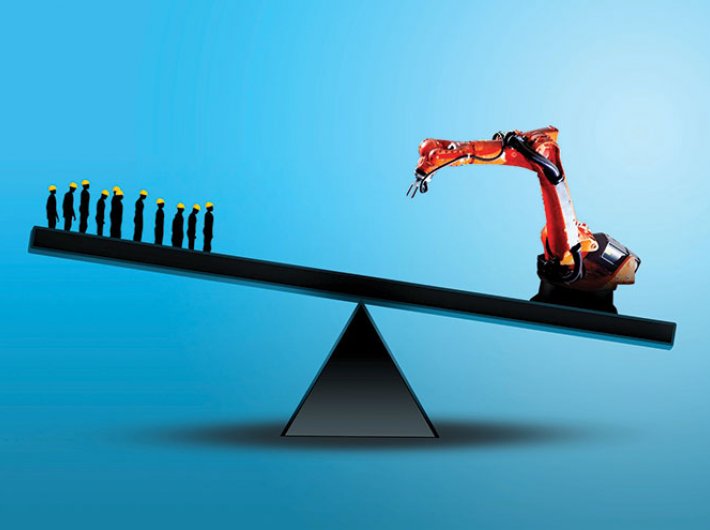 Sometimes, when change is too rapid and dramatic, we can’t be sure it’s really happening. This is understandable, considering the fact that we simply don’t recognize it. Without us knowing, however, dramatic changes are already taking place.

When Klaus Schwab talks about the Fourth Industrial Revolution, it’s not difficult just to turn away and stay in denial. We can ask: “How can it be happening while 1.2 billion people have no access to electricity, according to the International Energy Agency? It could happen in the distant future, but the electricity grid is so fragile, and all these new devices or technologies rely on electricity. The Fourth Industrial Revolution may never arrive!”
Like it or not, it’s already going on. Artificial intelligence (AI) isn’t only something in sci-fi films. It’s right there in your smartphone. Siri (iOS) and Google Now (Android) intelligent digital personal assistants are making life easier for many of us.

Or take Stitch Fix in the USA as another example. Just download the app, fill out your personal style form, enter some personal likes and dislikes, sizes, etc., and Stitch Fix sends you five fashion items (clothing, accessories, shoes) on the schedule you set. Decide which ones to keep and return the rest. You don’t have to look at photos of fashion choices or guess which colors match, because Stitch Fix’s AI system analyzes your likes and dislikes, keepers and returns, then chooses what to send you.

AI has already crept into our daily lives. Remember when AlphaGo won against world Go champion Sedol Lee last year? That happened because Google DeepMind lets AlphaGo learn from its own mistakes. IBM Watson Health is now available in some hospitals. AI isn’t perfect at the moment; far from it. There are many issues, such as regulations on the adoption of IBM Watson. But this doesn’t mean that AI research should stop, either. AI may not replace humans but can certainly augment our capabilities.

Smart factories are also popping up, where machines and equipment communicate without human involvement to detect and fix problems. However, since it is expensive to transform factories into smart ones, only 20% worldwide can afford to do it. But a Korean startup, UlalaLAB, has developed a less expensive platform called the “Wim Factory.” Without spending a lot of money on replacing equipment, any plant can be transformed into a smart factory with the cloud, machine learning, data analysis, monitoring, and transmitting data analyzed to our smart devices so that we can take appropriate measures to correct defects. This maximizes efficiency and productivity, saving costs.

Zume Pizza, another US startup, has adopted a pizza robotics system. The robots can make 288 pizzas per hour, which are then cooked in GPS-equipped delivery vans on the way to customers’ doors. Zume uses AI to calculate preferences for repeat orders. Reducing the number of human laborers saves costs, letting Zume use better, fresher, more varied ingredients for its toppings.

So what do these stories tell us? Although we’re well aware that the Fourth Industrial Revolution is still in its infancy, we need to be prepared for the future. According to Oxford University future researchers, 47% of current jobs will disappear in the next 25 years. Two billion jobs will be gone by 2030, predicts futuristspeaker.com. How many jobs will disappear and when is not the point here. We’re already going through a lot of changes. Knowing about the Fourth Industrial Revolution and changes it may bring will be vital for future generations. Should we educate our children in skills useful but may be useless in the near future? How do we know what to expect and prepare accordingly? Honestly, we’ll never know until we’re there. However, it may be too late to prepare ourselves or the younger generation after all those changes arrive.

Let me share an interesting example from Korea. Nowadays, people talk about computational thinking (CT). Korea and many other countries, like Estonia, Finland, the UK, and USA, are emphasizing the importance of coding and digital education. It may seem ambitious to teach 10-year-olds programming, but look at our phones. Fifteen years ago, we used basic mobile models. Now smartphones are computers in our pockets. Naturally, children today are used to technologies like smartphones, laptops, the Internet, 3D printing, drones, robots, and AI. Teaching them programming or coding to develop their CT isn’t revolutionary.

This doesn’t mean that coding is everything and we should start as early as possible. It’s just part of preparations for the future. According to the World Economic Forum 2016, 7.1 million jobs will be lost by 2020, and two million new ones will pop up. Almost all the new ones will be related to computers or programming. Like all parents, Koreans worry about their children’s futures, so we are rushing to adopt coding courses in the national curriculum. Not everybody will be working as programmers in the future, but programming will be basic knowledge. There was a time when people were impressed if someone could use a word processor, but not any longer. That’s why we’re in such a hurry to include coding, programming, and CT in our school curricula.

Nevertheless, there are many challenges. It’s not even clear whether we have sufficient qualified coding teachers. When should children begin to learn coding? Is younger better? In a competitive country like Korea, many parents are already teaching their children coding, logical thinking, science, and math for their future survival. Japan also wants its children to be more creative and stronger in logical thinking and will make programming a compulsory school subject starting from 2020.

Why do those countries care so much about CT? It’s because they need to prepare for the worst-case scenario. Governments know that education is the key for survival in the future. The preparations can’t be made only by the private sector; the public and private sectors should get together to discuss how to proceed with education, infrastructure, Internet access, big data, R&D on AI, robotics, acceleration of innovative startups, etc. Otherwise, countries may be left behind while while remaining in denial about possible disruptive changes coming a lot sooner than expected.

Some economists and naysayers argue that there is no such thing as the Fourth Industrial Revolution due to the lack of resources. But we never know. Education and preparation for the future shouldn’t be at the mercy of assumptions, which is why the public and private sectors need to communicate. If governments, big companies, and startups are going to collaborate, governments should listen to the private sector carefully. Governments can do something about wrong or outdated regulations or obstacles that hinder creative people from going in the direction of innovation. Big companies can use their networks and resources to contribute to innovation. Innovative startups can tap into all the resources that governments and big companies offer. If we can build a natural ecosystem for innovation, we are one step closer to good preparation for the Fourth Industrial Revolution. Governments need to listen to innovative people, not discourage them through clumsy systems, old-fashioned paperwork, and outdated regulations.

Don’t mistakenly think that the Fourth Industrial Revolution is all about fancy robots, AI, drones, virtual reality/augmented reality, the Internet of Things, 3D printing, or smart factories or farms. It is more about innovation in our lives, changing our conventional ways of thinking and operating in many ways. Start with education. Help people be aware of what to expect. Spread the word. Create an atmosphere where people are motivated to prepare. Otherwise, without even knowing, we’ll be dinosaurs left behind. 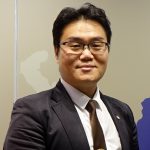 Baek is the Director of Global Cooperation & Global Marketing at the Gyeonggi Innovation Center, ROK.

This is a slightly modified version of the column originally published in 1-15 May 2017 issue of  the Governance Now.