Managing the economy during the pandemic will require governments to make policy choices. 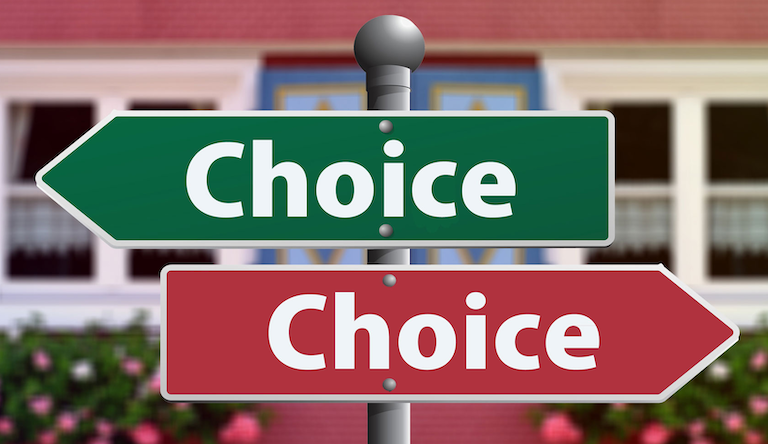 Like a wrecking ball, COVID-19 is on a rampage, smashing lives and ravaging economies. It has battered stock markets, sending them into wild gyrations. It has lacerated industries and shuttered businesses. Infections worldwide have exceeded 2.8 million, resulting in close to 200,000 deaths (as of 24 April 2020). Job losses are expected to be close to 200 million.

The scale of destruction has not reached the level the world suffered a century ago. The 1918 Spanish flu infected 500 million, or one-third of the world’s population. One in 10 of the infected, or 50 million, died.

The current pandemic will not be the last. As long as humans continue to destroy their environment and the world does not reach minimum standards of sanitation (one in three worldwide does not have access to clean water), we are bound to have one pandemic after another.

The coronavirus crisis has thrown up some hard policy choices that policymakers will have to make to counteract its damaging effects and to prepare for the next catastrophe.

The crisis has exposed the difficult choice between economic costs and human lives. Simulation studies demonstrate that harsh containment policies can flatten the new infection-rate curve. But they come at a great cost. Witness the immediate lockdown of Wuhan, the epicenter, and the 60 million residents of Hubei province for two-and-a-half months at the beginning of the outbreak. Subsequently, other areas of PR China faced similar containment measures.

But harsh lockdowns decimate demand. Without foot traffic into stores and restaurants, businesses take a hit. Additionally, travel bans and factory closures disrupt supply chains and economic activity. The result is a reduction in employment and wages. Combined with the consequent decline in asset prices, like equities, bonds, and properties, people perceive that they have grown poorer. That leads to another round of consumption contraction.

As this vicious cycle repeats, it sends the economy on a downward spiral and into a steep recession. This contractionary cycle caused PR China to lose 10% of its 2020 first-quarter output to the tune of USD320 billion. The economic toll will not end there as the coronavirus crisis feeds through the months ahead.

But the sacrifice is well worth it. Today, PR China has conquered the disease, saving 700,000 from the virus. Similarly, suppression measures in 11 European countries may have saved up to 120,000 lives. The US experience during the 1918 Spanish flu pandemic also attests to the efficacy of lockdowns. Cities that successfully locked down then experienced 75% fewer deaths compared to those that did not.

Should a country decide against containment measures, then the economic shock would surely be milder. But the toll in human lives would be devastating. Modeling finds that 2.2 million in the USA and 500,000 in the UK would die by mid-year without a lockdown.

Something has got to give way. Health or wealth is the choice that governments must make.

Given the drop in consumption of as much as 40%, several governments have introduced “bazooka-like” stimulus packages. Designed to have an impact as great as a missile fired from a bazooka, they are meant to alleviate hardships wrought by the pandemic on people and businesses. As can be gleaned from the table below, these expenditure packages are radical in their size, ranging from 2% to 17% of national GDP. With a stimulus plan of USD2 trillion, the USA leads the pack.

Table. Bazooka-like stimulus: the need of the hour.

A loose monetary policy has supplemented fiscal stimulus efforts. Given lockdowns and consequent poor revenue inflows, businesses are hungry for cash to meet their operating expenditures such as salaries, rents, and utilities. Those businesses look to banks for help. But banks can only lend more if they are able to offload their bonds, government securities, and mortgages and other loans to the central bank.

Accordingly, central banks have acted swiftly to ensure the resilience of the banking system. Besides cutting their benchmark interest rates to near zero and even zero, they have reintroduced quantitative easing (QE). First introduced during the 2007/08 global financial crisis, QE essentially involves a central bank printing money and using it to buy up the assets of banks. Those sales mean that banks would then have more money to lend.

Central banks have also reduced the statutory reserve ratio, i.e., the amount of deposits banks are mandated to maintain with the central bank. That also provides a bigger lending base for banks.

To what extent have fiscal and monetary policies impacted positively on private-sector productivity? These instruments save jobs, workers, and businesses. The additional consumption allows businesses to utilize their productive capacity better. Fiscal stimulus is expected to contribute about 2.9% to Malaysia’s GDP growth. Fiscal stimulus also ensures social safety nets for the vulnerable. In addition, QE has flushed the financial sector with ample liquidity.

However, these policies are unlikely to fully offset the loss of productivity. Lockdowns continue to contract private consumption and disrupt supply chains. Further, the impacts of monetary policy initiatives are largely felt over the long term, perhaps after the duration of the crisis.

Thus, the remedy required to stem the decline in growth is a more forceful fiscal response, including capital and infrastructure spending. Even this will be a long-term measure. It  therefore may not provide the immediate additional boost to consumption which is sorely needed.

Perhaps the time is ripe for governments and central banks to experiment with new policy instruments. They could consider disbursing “helicopter money” by crediting the bank accounts of those who have been impoverished by the pandemic. Such a bold move of funneling cash straight into people’s pockets would clearly signal that the government and central bank are prepared to go to any end to prevent an economic collapse. While this would increase people’s confidence in the economy, helicopter money, like capital spending, may not have much impact on an economy that is under lockdown.

While loan and interest payment deferrals are fine, businesses will still have to pay after the stipulated period of suspension is over, perhaps with compounded interest. Since banks took a calculated risk in lending in the first place, they should take a hit by writing off some of their loans, at least partially.

The pandemic has exposed the glaring need for better funding of the health sector. Across the world, and especially in emerging countries, health services have been overstretched by the surge in COVID-19 infections. Nations have entered something like an arms race to secure necessary medical supplies. There is even a scramble to the moon again. Yet, in many countries, after years of underinvestment, public health is fragile. Hand washing for at least 20 seconds is a proven method to stop the coronavirus spread. However, that requires ensuring that access to clean water is available to the entire world population.

Inadequate equipment, testing kits, and labs also limit the efficacy of containment. In Lombardy, Italy, for example, healthcare staff were forced to play god to determine which patients could receive ventilator treatment.

There is an opportunity cost for military expenditures, as in the case of the proverbial “guns or butter.” Some of the “guns” could therefore be traded for better health and education so as to be ready for the next pandemic. This may be even more necessary as society ages and becomes increasingly vulnerable, and as nations urbanize and people live in closer quarters. Through better funding, slack can be built into the healthcare system, so that even if supplies are not immediately needed, they will be there to fight the next pandemic.

As a back-of-the-envelope calculation, we could buy about 1,000 ventilators, costing about USD25,000 each, if we sacrificed the purchase of one fighter jet or other equivalent expenditure. Such a comparison is yet another demonstration of the difficult choices that governments will have to make in confronting another virulent crisis in the future.

Professor Datuk Dr. John Antony Xavier is a Visiting Professor at the Putra Business School, Malaysia. Prior to his move to academia, Prof. Xavier was an Administrative and Diplomatic Officer for 36 years in the Malaysian public service. He has extensive consulting experience, with clients including the Governments of Kuwait, Kenya, and Sri Lanka; IMF, World Bank; Commonwealth Secretariat; and APO.