The BOS is a way to gain competitive advantage through strategy. 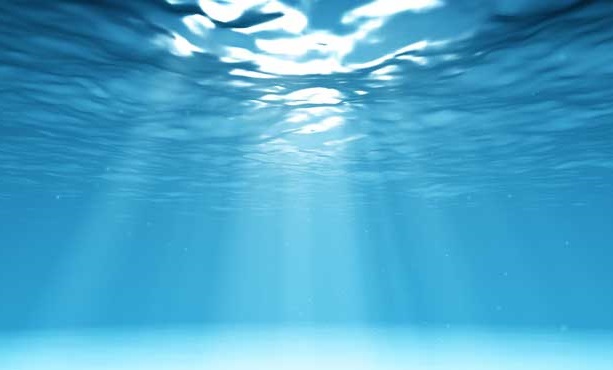 Many of us would like to lose some weight. If that is one of our objectives, we achieve weight reduction by eating less and/or by shedding calories through exercise. The ways we manage our weight, in management parlance, are strategies.

Management literature is rife with definitions of strategy and what it does. This article attempts a synthesis of these myriad definitions to suggest that a strategy is a set of initiatives implemented to attain the objectives of an organization. To accomplish these goals will require a company to be competitive in the marketplace.

Michael Porter, the doyen of management gurus, in his 1985 book, Competitive Advantage, and in his 1996 Harvard Business Review article “What is Strategy,” argues that strategy is about how a company positions itself in the industry so as to gain competitive advantage. He says that good strategies promote competitive advantage, while bad ones makes a company earn, at best, average returns.

A company gains competitive advantage when its strategy helps to create value for its consumers. A company creates value when its customers perceive a benefit from consuming or using its product.

Value creation comes from either differentiation or cost leadership
Value can be created in two ways. First, value is created when a company differentiates its product from that of the competition. A product or service that is different from the rest of the pack will serve a particular need of a segment of customers. These customers perceive more value from the differentiated offering. Second, value is created when a company chooses a strategy of lowering its costs to such an extent that it assumes cost leadership in the marketplace. Costs are brought down through greater efficiencies in production and marketing. With costs down, a company can price its product or service lower than that of the competition.

In advocating differentiation to serve a market niche, Michael Porter disputes the conventional wisdom that strategy should be about enlarging market share through price cuts or heavy marketing and promotion. The conventional thinking is that a larger market share will translate into higher revenues. Not necessarily. Look at Apple and its iPhone. iPhones only command a tiny 13% share of the mobile telephone market. Yet it is undisputedly the most valuable publicly traded company in the world, with a market capitalization of USD1 trillion in 2018.

While broadening market share can enhance a company’s revenue stream, it comes at a cost. Price cuts and marketing and promotion costs can prove prohibitive. These will eat into a firm’s profitability and erode its competitive advantage.

For example, Apple’s iPhone is as differentiated as Samsung or other brands are from each other. While Apple’s operating system is the unique iOS, other smart phones run on Android. That itself is a differentiating feature. By having a strategy that promotes product uniqueness, a firm can achieve sustained superior performance. This is in contrast to the strategy of becoming the best in the marketplace to secure the biggest market share.

Additionally, a price cut can backfire. It can provoke a price war to the detriment of all competitors in the market. And without a commensurate cost reduction, the ensuing price war may hit the company starting the war badly.

One can lower the price of an offering by making the product identical to those of the competition. This will not require any R&D expenditure that would otherwise be required to differentiate one’s product from that of the competition. Offering an undifferentiated product at lower cost will surely afford value to the price-conscious consumer. However, not all customers in the market will be well served because customers have varied needs. Some will prefer a differentiated product that serves their particular need. For example, while some who enjoy comfort and luxury will prefer to fly on a full-service airline, other cost-conscious customers may choose a budget airline. So, providing only either a full-service or budget airline will do disservice to the other group that is denied its choice.

Strategy therefore requires a trade-off. Either a company gains competitive advantage through product differentiation or through lowering its costs and thereby its prices. Strategy is about choosing which market and which class of customers a company wants to cater to. To gain competitive advantage, a firm cannot be everything to everybody.

Strategy must cohere with other elements of a company
Strategy can create synergy in a company’s operations when it fits with the other elements of the organization. These other elements include a company’s systems and processes, its core values, leadership style, skills of its employees, and structure. If the strategy, or for that matter any of these elements, is out of sync with the others, the company cannot reap efficiencies from its operations. For example, if the company strategy is decentralized operations, the structure cannot be centralized in a monolithic headquarters.

Similarly, it is the business of strategy to ensure that all primary or functional activities, from inventory management to manufacturing to marketing and sales, are aligned with one another. A good strategy will also ensure the alignment of secondary activities, like R&D, technology development, procurement, leadership, and human resources, with the primary activities. Such alignment will be a force multiplier to increase a company’s productivity, profitability, and eventually competitive advantage.

Continuity in strategy
It will take some time for a strategy to create value to customers and gain a competitive advantage for the company. Similarly, effecting a trade-off between differentiation and cost leadership is a long-term affair. Hence, strategy must be viewed from a long-term perspective. However, that does not mean that the strategy is fixed.

While good strategies are long lasting, they do not last forever. Competition is brutal. A company is always responding to the strategy of its competitors. Market forces are never constant, and demands from technology advances can shake up a company’s business model.

Take Kodak. Although it invented digital photography in 1975, it hung on to its razor blade business model of “selling the camera cheap but the film expensive.” It was making more money doing so than if it had migrated to digital photography. But technological progress shows no mercy to those who do not keep abreast of it. Kodak eventually fell into bankruptcy in 2012 as a result of thumbing its nose at digital photography. It lost any first-mover advantage it would have gained had it adopted the very innovation it created.

Nokia suffered a similar fate to Kodak. Nokia was a leading mobile firm whose phones were ubiquitous in the late 1990s and early 2000s. It was known for its hardware and battery life. None therefore would have predicted that Nokia would lose market share so rapidly that it had to be sold off to Microsoft in 2013.

Nokia did not keep pace with prevailing technologies such as the touch screen. It hung onto the belief that the tactile QUERTY keypad would become fashionable again. While its Symbian operating system gave Nokia an early advantage, it was no match for the Android adopted by Samsung, Sony, and HTC.

Nokia’s and Kodak’s sad declines in the marketplace are emblematic of other companies that went bust because they were slow to innovate or adopt state-of-the-art technology. Joseph Schumpeter, an Austrian economist, termed the phenomenon of new technologies making the old ones obsolete as “creative destruction.”

Innovations disrupt the marketplace. So, at some point, a company will have to review its strategy to ensure that it is congruent with its internal and external environments. Strategy has to adapt to the dynamics of the market if a company wants to stay ahead of its competitors.

The Blue Ocean Strategy questions the value–cost trade-off
Porter represents the traditional management view that a company can pursue either of the two broad strategies in creating value. It can add value either by product differentiation or by lower prices through cost leadership. While a company may pursue these strategies simultaneously, it does so in different markets or industries. In any one market, however, a company will have to decide which of the two strategies it wants to pursue.

Product differentiation involves huge costs in R&D. It puts cost leadership out of reach for a company. A company can assume cost leadership and offer value through lower prices by efficiently producing an undifferentiated product. This is the case of Walmart as against boutique stores, such as Whole Foods, that thrive on differentiation.

However, Chan Kim and Renee Mauborgne in their 2005 book Blue Ocean Strategy (BOS), challenged this conventional wisdom. They subsequently fortified their argument in their 2017 volume The Blue Ocean Shift. In both, Kim and Mauborgne argue that value can be created without making the value–cost trade-off. That is, one can have differentiation and yet offer that product at a relatively lower cost. They call this concept “value innovation.”

Unlike the traditional thinking that innovations are disruptive, Kim and Mauborgne even argue that profitability can be enhanced through innovation in a nondestructive way. This is done by making competition irrelevant. How can that be so? This challenge to conventional wisdom will be examined in the next article in this three-part series on the BOS.

Professor Datuk Dr. John Antony Xavier is a Visiting Professor at Putra Business School, Malaysia. Prior to moving to academia, he was an Administrative and Diplomatic Officer in the Malaysian public service for 36 years. His current research interests are corporate strategy, competitiveness, and economic development and public policy.