The core value of artificial intelligence-led automation lies in its promise to transform sectors and breed smart workers. 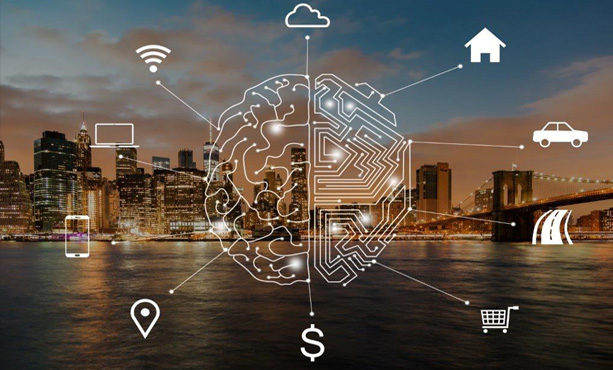 The impact of automation can be seen in the light of the impact the evolution of technology has had on business and society through the ages. The industrialization of the West and East is a story of social and economic development that took divergent paths driven by geography and local regional power that evolved with technological advances. It is generally accepted that the term Industrial Revolution described a period from around 1770 to the mid-1870s which saw changes in manufacturing and production methods, working practices, and transportation and infrastructure brought about by changes in technology to harness mechanical and electrical forces of nature for human endeavors. While its genesis was in the West, within a century it had spread to the New World and through Asia and the Pacific.

Technology has traditionally been defined as the way in which scientific knowledge evolves in the production of goods and services or using tools and techniques to achieve outcomes. Machines where mechanisms are contained in components are constructed to provide a means to perform tasks alongside or instead of human activity. Machinery consumes and converts energy provided by mechanical, chemical, thermal, electrical, or other means to convert work from one state to another. This evolved from personal and local use into a phenomenon that transformed society and the industrial economy. What is different now, as noted by many observers, is that while in previous eras the evolution involved the development of sources of energy and materials, in this era it is the very nature of how energy and material, both physical and living, are becoming “intelligent.” 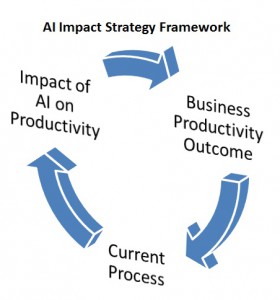 My goal in current research and consulting advisory services is the impact of artificial intelligence (AI) on productivity (Figure). There is now a huge amount of research and activity in industry, academia, and governments in the race to understand how current processes, products, skills, and services will change with the advent of AI. In my own career of 35 years, this is different from any other previous technology change seen, where the very essence of an object or experience is changing, not just the technology itself. The current impact of technology was described by the World Economic Forum in 2016 as the 4th Industrial Revolution [1] and it predicted that this and the next decade of the 21st century would move into an era of physical, biological, and digital fusion. This claim in itself is remarkable given the speed of change in recent years from social media and mobile computing to new kinds of technological advances encompassing blockchains, 3D printing, Internet of Things sensors, wearables, and virtual and augmented reality. Added to these, significant public milestones in AI come to mind, including AlphaGo, Microsoft real-time speech translation, and passport facial recognition scanning at airports; self-driving car trials and regulations being passed to accommodate those vehicles; reusable space rocket commercialization; and a robotic device able to solve a Rubik’s cube in 0.63 seconds.

Things seem to be moving in pace with the rise of serious cybersecurity hacking and fake news in the public eye, the rhetoric exemplified by Elon Musk and the Mars goals, possibility of brain–AI links and hyperloop supersonic trains, and the singularity of AI threats, which all highlight the changing technological boundaries of what is possible in the 21st century. An event I recently attended on public education and awareness of European research covering biomedical, physics, and chemical advances to artistic and social innovations showcased the wonders of a two million-species database and 3D modular engineering models that would not have been possible a mere five or certainly 10 years ago.

AI and beyond the productivity paradox
The working premise is to identify ways the impact of AI can drive productivity leading to growth in GDP as the goal. The current focus seems to be on the service sector, which contributes 80% to GDP (with agriculture estimated to contribute 0.6%, construction 3%, and production/manufacturing 16%).

But this analysis can also take the perspective of how individual sectors could be significantly transformed by AI innovation forces that in themselves could be globally competitive and revolutionary. They could then serve as catalysts for best practices to emulate in other service subsectors and in the wider domestic and international markets.

Another aspect is the focus on AI as a transformative power for social benefit and other nonfinancial aspects beyond the GDP and total value productivity approaches. This means that the focus on smart healthcare, smart cities, smart mixed-mode transport, and smart social care could provide significant AI opportunities that are infrastructural and with added social benefits. It is clear in looking at GDP and GNI that technology and digitalization spread the ability to generate income in overseas markets. Economic output that might be described as a function of production, services, and total factor productivity highlights the increasing shifts in capital and labor in generating that output. AI automation shifts this balance, which is the center of so much debate on how wages, taxes, and employment will or may change in the short to longer terms. Initial research shows four broad areas of productivity impact measurement changes due to AI automation, as listed in Table 1. 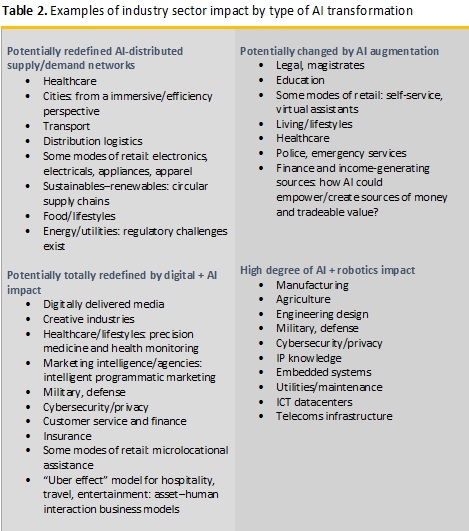 Asked which would be the top four or five sectors with the highest transformational impact on productivity, the answer would probably focus on services and/or asset capabilities related to   healthcare, military defense, entertainment/gaming, electronics, and embedded systems. For sheer output increase in GDP, it probably would focus on financial services, retail, electronics, and embedded technology. But this depends on the counterargument from the standpoint of developing countries, which could see up to 85% of the workforce in farming or low-skilled manufacturing work replaced by automation, as noted by recent Oxford Martin research [2].
There will not be net gains in all cases. Trading positions will be affected between countries that will see AI alter the balance of trade. A second effect that is more insidious in all four types of AI transformation of productivity will occur both within vertical industry sectors as well as horizontally across sectoral boundaries (Table 2).
What is clear is that this becomes harder to calculate due to the current complexity of direct and indirect GDP contributions by specific sectors. This is the lesson of the cloud-computing era has taught us, or at least has now become a challenge of massive cloud providers and large-scale telecoms networks dominating the markets, like Google, Amazon, Facebook, Microsoft, and others. This scaling-up-and-out effect of digital platforms and technology when applied to AI could then equally access those markets and extend their intelligence as the next level of value, economic growth, and impact.

Beyond the “no-hands-on-the-wheel” paradigm
An example I frequently use to illustrate the opportunity of extra time provided by automating mundane human tasks is the case of the everyday journey to work for millions of people.

If you drive for two hours back and forth to work but do that in a self-driving car, you potentially immediately have four hours of “extra” time in a working day to do more. This is one form of productivity enhancement, no different from the reduced number of staff required to do the same job with automation.

But AI potential is so much more than that. It can be faster and potentially smarter than humans. This is the fourth type of AI productivity transformation, where AI can change the basis of machine and human capabilities. In the case of machines, this could spread from beyond self-driving cars to other work activities, including higher-functioning roles in financial, legal, and regulatory automation; retail and manufacturing; to building facility automation. This may be further away in terms of transitional effects on the job market and economic productivity; yet if anything, this is telling us now that the drive for automation will change work efficiency as it becomes increasingly augmented with AI solutions.

Skilton is a Professor of Practice, Information Systems Management, Warwick Business School, University of Warwick, UK. He has 35 years of experience as a consultant, author, and IT expert. He is currently researching and consulting on AI technology and transformational strategy for industry and government in Asia, the EU, UK, and USA. He is the co-author of the book: The 4th Industrial Revolution: Responding to the Impact of Artificial Intelligence on Business.