success_story
The APO »  » Born in the Eye of a Financial Storm

Born in the Eye of a Financial Storm 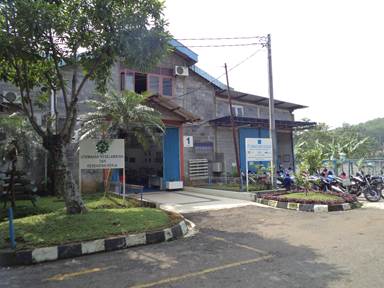 It was 1998. Economies around the world were flailing to remain upright under the crushing blows of the global financial crisis. Indonesia was no different. Its economy was at the stormiest it had ever been but while many businessmen shivered at the terrible prospect of starting from scratch, one man decided that was exactly the opportunity he needed.

That man was Isep Gojali, the founder of PT. Sarandi Karya Nugraha (PTSKN), one of Indonesia’s top hospital furniture manufacturers. But Isep wasn’t being foolhardy nor is he a risk taker. He is simply pragmatic.

“The culture in Indonesia is such that people don’t like buying local products,” he explained. “During the economic crisis, the currency exchange rate drove the price of foreign products higher, and Indonesians were forced to turn to local manufacturers. We saw an ideal situation to kick off our operations then.”

Isep is also a modest man but he earned the right to secretly gloat when it gradually dawned upon Indonesians that locally made products were just as good as foreign brands in both quality and price. That mindset shift was all Isep needed to make giant waves in the local hospital furniture manufacturing industry.

PTSKN began its remarkable story as a home industry business in 1997. Within a year under the mentorship of the Astra Mitra Venture, it went from two to eight employees and moved up the ranks to that of a registered private company.

Not one to operate on cruise control, Isep reached out to external parties in a move to establish best practices. As he refined and polished internal operations, the organization’s market share began chalking up exponential domestic and international growth, an upward trajectory that continued over the next two years.

Then, unexpectedly, the PTSKN world began wobbling on its axis.

“I realized there was a problem when production capacity began slipping by 10% between 2012 and 2013,” Isep said. Bringing the issue to light was a slow, tedious process but he eventually pinned it down to a knowledge gap within his team, which had inadvertently led to a dip in motivation levels.

“Indeed this problem was affecting all aspects relating to our goal of boosting performance and productivity. We couldn’t afford this because we had to continue meeting our customers’ expectations, maintaining product quality and remaining competitive in the global market.”

It appeared to be the perfect solution but Isep admitted to harboring initial private doubts as its feasibility. He worried that the project would stall midway due to cultural differences between the Japanese-designed program and its Indonesian recipients whom he suspected had already formed a mental block towards it.

“A significant cultural difference already exists in the discipline and behavioral habits between Indonesians and Japanese,” Isep noted. “One of the more obvious differences was in their learning styles.”

“Our factory is located in a village on the outskirts of the city and most of our employees are from within the vicinity. They aren’t highly educated and are used to learning by doing rather than through words and concepts.”

As if that wasn’t enough of a challenge, PTSKN also needed to invest in and implement production process changes, which meant more operational upheavals for his staff. Change, especially when it’s not welcomed, can be unsettling and Isep feared it wouldn’t go down well with his employees. He was right. But he was also adamant that it was the right move.

Isep explained that the rationale behind his choice of 5S was to improve productivity within the organization in order for it to reach its performance goals.

He was banking on the program boosting his employees’ effectiveness and efficiency to eventually create a new culture within PTSKN. His vision for 5S was crystal clear – it was to be the new key pillar and foundation of the organization.

But first he had to convince his team to place their faith his vision and the method that would get them there. He implicitly understood that they believed the program to be unnecessary and that he was trying to fix something that wasn’t broken. And so he warned the management to brace itself for very heavy dragging of feet.

“There was a high level of disagreement and resistance among them,” Isep recalled. “The first stage of 5S was extremely difficult to apply as the employees had no idea what 5S was about.”

“The 5S practices weren’t habitual to them unlike in Japan where 5S is ingrained into their daily lives. The management had to pull out all the stops to convince their staff that the programs were of great value to their job performances.”

But anyone who launches his business operations during a financial storm has to have off-the-chart levels of resilience and, true to form, Isep refused to let these setbacks overshadow the main benefits.

“I always work on cultivating an optimistic mindset and I look to the future,” he said. “I encourage myself to always stay one step ahead of the rest and that includes by being the first to implement certain programs in the organization that drive positive results.”

Isep deeply believed that the APO project would deliver significant and necessary changes throughout the organization that would yield in both tangible and intangible results. And he fully expected a sharp rise in productivity and employee performance once the six-month project was completed. Once again he was right.

Post-training, the employees were required to share their learning with their respective divisions so that everyone would be on the same page when implanting new processes. In this transfer of knowledge, a new organization culture gradually began forming.

Before and after: 5S implementation in the painting area

“Their habits changed,” Isep smiled. “They became more disciplined and organized. Even the workspace reflected that change as it started looking tidier and cleaner. Loose items like files and documents weren’t carelessly scattered around or left in piles anymore.”

Before and after: 5S implementation in the painting area

“But one of the biggest changes was their approach to work. The 5S program helped them tap into their creativity in terms of problem solving or conceptualizing a more efficient way to get the job done. And they focused not just on completing the job but on the actual results.”

There were also incidental benefits of the program, the most notable being in linguistically. According to Isep, PTSKN employees had previously struggled to participate in training sessions abroad because of their poor command of English. But now, he proudly said, almost half the team is able to converse in English.

As staff morale, productivity and capacity steadily climbed so did PTSKN’s global competitiveness. There was a reduction in the production cost and lead-time as well as the cost of raw material and shift work. “Costs increased because of a national price increment nationwide and the impact of new government policies,” he simply said.

“The drop in sales output was because the duration of a high season is always shorter than that of a low season,” he explained. “Also that year, government funding was delayed which affected not just our operations but those of other organizations.”

All aboard the PTSKN ship

Products were being produced in a conducive environment to the highest standard of quality and in accordance to delivery demands. But what really had Isep beaming was the shift in employee mindset.

Processes in the assembly area became smoother and efficient.

“It’s the most important change for any outcome,” he pointed out. “Changing the paradigm of habits and synchronizing goals to a singular goal were key in this mindset shift”

Once the employees grasped the program’s importance and its ability to enhance their performance, they were fully on board. As a result the program’s impact was massive and influenced all aspects of the organization.

“There was a real number of cost savings in certain departments that we never even anticipated,” Isep marveled at the recollection. “The project’s tools and techniques were a huge assistance because all that helped us identify and solve the problem, execute the solution and implement maintenance monitoring.”

The NPO Indonesia team also played a key role in the successful project rollout by providing PTSKN with clear support and guidance. It taught PTSKN the methods of dissemination and seminar activities that allowed it to share the program’s strategies and benefits with other organizations. And for that, Isep is very grateful. 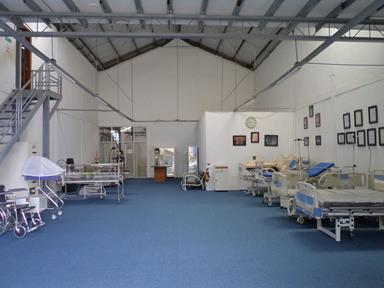 Have faith and keep trying

Until its next big corporate challenge, PTSKN’s has all its pieces in place. Yet Isep is not about to prop his feet up anytime soon.

He’s already looking for the next step outside his comfort zone in broadening his network and capabilities, and driving innovation. It’s almost too easy to believe that the prospect of failure has never crept under his skin, but Isep was quick to set the record straight.

Yes, he has feared failure and he has stared it down by tackling the issue head on, persisting in unearthing a solution and constantly evaluating the situation. But it’s the last step of his fear-fighting strategy that offers the clearest indicator of his mettle.

When asked what he would tell a young entrepreneur at the brink of his journey, Isep rattled off a six-point list. The happy faces of PTSKN staff.

“Have faith in your dream. Be honest because it is significant to success. Be open-minded to different ideas. Learn from past failures and rise from each one no matter what the obstacles. Be consistent and constant in your work. And always seek out new networks and sources particularly those provided by solid organizations like APO and NPO.”