When the Asian Productivity Organization (APO) kicked off a demo project on the efficient use of resources to improve green sustainability in Pakistan, the participating companies started with a major challenge: there was a lack of knowledge and awareness of suitable tools for resource efficiency. Additionally, there were no case studies to benchmark against and therefore no way to chart progress. “There were hidden resource losses and we did not measure waste in monetary form,” recalled Muhammad Moshin, Director of Pakistan’s largest and most reputed auto parts brand, Grand Engineering Limited.

The focus of the demo project became clear, which was to apply the powerful management tool material flow cost accounting (MFCA) to evaluate resource efficiency and improve productivity. The project was undertaken by the National Production Organization of Pakistan (NPO), involving three companies: Grand Engineering; Asian Food Industries Limited (AFI) under the brand name Mayfair; and Islamabad Serena Hotel (owned by the Aga Khan Development Network), a large group of hotels operating in Asia and Africa.

The project was initiated in October 2017. By applying MFCA tools and techniques, it aimed to support the three demo companies in tackling their long-standing issues of high expenditure on energy consumption, low labor productivity, and high volumes of material waste. MFCA is used by the APO to assist its members in raising productivity by improving overall resource management. This tool helps businesses to improve efficiency in utilizing materials and energy while contributing to reductions in nonvalue-added activities, waste, and emissions.

MFCA is used in tandem with Green Productivity (GP), a concept introduced by the APO as a practical way to ensure sustainable development. GP proactively addresses both economic development and environmental protection in various industries and services. The NPO of Pakistan decided to use the MFCA management tool in the engineering sector and the largely neglected hospitality industry to raise productivity and capacity in resource management.

“We selected these sectors because they involved a large workforce, which leads to job creation. The value addition in resource management in these sectors would thus result in economic growth and eventually contribute to employees’ well-being,” explained Muhammad Alamgir Chaudhry, CEO of the NPO of Pakistan.

Just like Grand Engineering, the other two demo companies faced similar waste and productivity issues. “Before MFCA, we were facing challenges regarding wastages in food, raw material, and packaging material, which were considered the norm. Through this demonstration project, we were able to quantify the monetary losses of such waste for the company,” said Ashraf Ali Syed, Director of Supply Chain & Operational Excellence, Asian Food Industries Limited. The MFCA concept was new to many of the associates working in Serena Hotel. Its Director of Training & Development Dr. Moin Uddin acknowledged that the APO expert’s training sessions had helped them with both the theoretical basis and practical procedures for implementing the project in the hotel. The APO expert in this demo project was Alex Yap, Principal Consultant of EcoLean Consultancy Sdn. Bhd. of Malaysia.

“We began the implementation of MFCA by briefing the top management of the selected companies to ensure that they understood the MFCA approach and expected outcomes. Their roles and responsibilities were clearly defined and they were asked to appoint a working committee for the project,” reported Yap.

MFCA provided a structured approach to understanding the material flows in the product and service value chains. This included MFCA implementation training, quality control, and problem-solving tools, lean management, and kaizen “blitz” training. Employees of the three companies were conscientious in their participation and were eager to learn about and apply the new tool, according to Yap, despite occasional hiccups along the way such as changes in project team members or lack of facilities for training. The demo project team managed to overcome those challenges, although things did not always go as planned.

Asian Food Industries’ Ashraf Ali explained that through the demonstration project, his company had been introduced to tools to quantify the costs of all resources in order to quantify the progressive cost for subsequent processes. “We mainly developed an understanding of the process methods regarding waste of all resources and how to quantify those resources in terms of monetary value. This method of costing for each process helped us identify areas for improvement, and we hope to replicate this MFCA exercise in other process plants in order to make use of the lessons learned.”

The demo project highlighted the importance of engaging with workers, especially by letting them know what is expected from them. As Yap pointed out, “It only makes sense that those who carry out specific tasks would be able to tell you how to improve their efficiency. Executives at the top of the chain probably have a handle on the big picture, but you can find smaller opportunities to make things run better by approaching your workers with the intent of soliciting their input. If your employees don’t know what you expect from them, you can’t blame them if they are not meeting your expectations.”

Grand Engineering’s Muhammad Moshin explained how much more effective his company had become after the MFCA demo project. “Employee performance increases when staff feel supported and understand the change process. Our staff are definitely more conscious of the MFCA method and its implementation in areas such as resource efficiency/higher output per unit of input.” Moshin added that under the project Grand Engineering had adopted the rules of passive solar systems, meaning that the building should be elongated on an east–west axis, and hence its south face should receive sunlight between the hours of 9:00 and 15:00 during the hot season. “This way, the organization could save up to PKR31.40 million (USD203,131) by reducing the use of water, raw material, energy, man-hours, and time, which led to an increase in efficiency, aside from carbon footprint reduction and lower greenhouse gas emissions.”

As always, at the start of the demo project, there was a fear of the unknown among the Serena Hotel team, but as the scope of MFCA was progressively defined, it helped all team members understand its utility. After the completion of the project, the hotel is now utilizing best practices in its environmental management system, waste management, the circular economy concept, and practical applications of responsible consumption and production of energy, goods, and services.

“There is certainly better organizational support within departments such as Engineering, Production, Finance, and Quality & Compliance for better yields and productivity. It has also helped increase the transparency of material flows and energy use, their associated costs, and environmental aspects. We feel that the hotel industry is a good place to create awareness of resource efficiency and we want to keep working on such initiatives to create a better tomorrow,” commented Dr. Moin.

After the demo project, Serena Hotel managed to save PKR2.5 million (USD16,172) per year. For Asian Food Industries, the savings amounted to PKR12.7 million (US$82,158). Having seen the tangible results and best practices in multiple sectors/subsectors resulting from the demo projects, the NPO of Pakistan is confident that the highly positive outcomes will motivate other players to adopt the MFCA concept, which could result in saving millions of rupees, more efficient use of resources, and improved productivity. 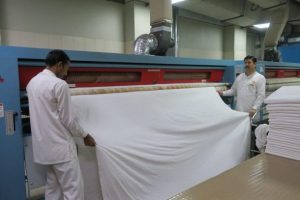 “Applications of MFCA by the three demonstration companies achieved not only cost reductions but also improvements in environmental performance. Awareness of the cost factor was also raised where these companies realized the monetary impact results from their kaizen activities,” pointed out the NPO’s Muhammad Alamgir. “The replication and expansion of this activity in other sectors may support us in meeting the UN Sustainable Development Goals and other environment-related commitments,” he added.

Alamgir also believed that the appropriate use of the MFCA tool would lead to reductions in per-unit production costs, giving the companies a competitive edge in the market. “This may be one of the ways to cope with shortages of resource needed for facility operations. It also helps in manufacturing greener products,” he concluded. 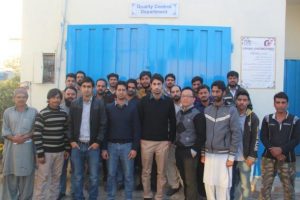