APO training and NPS aid helped Wijeya Newspapers take up the energy conservation drive that curbed spending by 9.4% in a year.

The chief operating officer (COO) of Wijeya Newspapers Limited (WNL), one of Sri Lanka’s leading newspaper publishers, was tasked with spearheading an energy conservation pilot project aimed at reducing the organization’s energy consumption, improving its energy efficiency, and ultimately positioning it as a model organization in energy management in the country.

With a background in engineering and productivity development, WNL COO Janaka Rathnakumara well understood the importance of this project. However, he was also aware that a project of this magnitude had its challenges, one of which was the absence of a technically sound team. Yet the project aligned with WNL’s environmental values, and both Janaka and WNL were determined to not let any potential setback distract or derail them from achieving their ambitious targets.

WNL was founded in 1979 to serve the newspaper printing industry of Sri Lanka. It was the first Sri Lankan publisher to install a web-fed offset press capable of quality color printing. In 1983, it expanded its publications to newspapers, magazines, and weekly periodicals.

Until 2007, WNL’s entire production was carried out at its head office in Colombo. Then its new printing plant opened in Hokandara, equipped with advanced technology for better efficiency and quality of systems and products. The Hokandara Press Complex was also designed to be environmentally friendly. Today, 90% of WNL’s printing is done there. 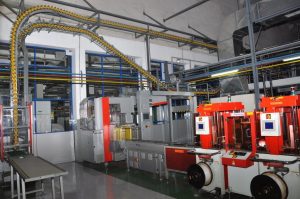 Despite all this, the large-scale machinery and equipment at the Hokandara Press Complex was consuming a significant amount of energy. In 2015, the total energy demand from its three transformers and three generators peaked at 3,611,558 kWh. The consumption of paper, ink, and aluminum plates reached 24,077.6 tons in 2015, the highest in three years. Further analysis also discovered air leaks in the system, which contributed to unnecessary additional energy usage.

These findings conflicted with WNL’s green initiatives and internal values. So, when Sri Lanka’s National Productivity Secretariat (NPS) selected WNL as a demonstration company for energy efficiency, it seized the opportunity to drive its green initiatives further and transform itself into a model energy-efficiency organization in Sri Lanka.

The pilot project was a tripartite arrangement among the Asian Productivity Organization (APO), NPS, and WNL, funded by the Ministry of Economy, Trade and Industry of Japan.

“The APO initiated this project to provide target companies with technical assistance that would help them establish demonstration companies like WNL,” explained APO Secretariat Industry Department Director Hikaru Horiguchi. “The project is also meant to disseminate knowledge of and techniques for energy conservation to a wider variety of people along with trained trainers.

“These demonstration companies not only pass on energy conservation techniques to individual companies but also encourage similar efforts in the public and private sectors in other member countries.”

Part of the project requirements was that it had to utilize the knowledge and information obtained in the first APO Energy Conservation Project on Training of Trainers (TOT) held in Japan. The fact that Janaka had participated in that TOT made WNL an ideal choice for a demonstration company.

The implementation plan for WNL was therefore developed based on the activity plan that had been discussed and established in that first TOT. The training was split into two sessions. The first focused on demonstration activities in WNL, and the second was a follow-up to those activities.

The activity plan comprised developing an energy policy, securing top management commitment, establishing an energy management committee, and developing a system for energy planning. Tools like Pareto analysis and ABC analysis were used to identify specific processes and equipment that consumed significant energy between June 2015 and May 2016. A fishbone diagram was used to analyze the factors behind significant energy uses, and tests were run to identify existing compressed air leakage from the printing units, reel stands, and folder and distribution lines.

In its energy policy, WNL also made a pledge to set and review energy objectives and establish targets to improve energy efficiency by 5% by the end of 2017. But first, the newspaper publisher needed to set up its energy management team.

The energy management team spanned all the sections of WNL-Hokandara, with each team member given responsibilities for driving energy conservation and other best practices within the organization. “There were three hierarchies within the team,” Janaka explained. “The first consisted of department managers, and the second comprised supervisors. The operators, technicians, and electricians sat at the third level.”

That third level posed a challenge to WNL, since only a few at that level possessed enough technical knowledge to understand the theoretical aspects of the training and management principles. “There was no high-caliber technical team at WNL but we were able to train them to sustain the energy efficiency system at the factory,” Janaka noted. “We also strategically recruited a few young professional-level executives in the year before and assigned them energy management and technical responsibilities.”

To help plug that gap, the APO assigned a technical expert from the Energy Conservation Center, Japan (ECCJ), Kazuhiko Yoshida, to assist in the implementation of the project. Key members of the energy management team were also elected as facilitators and tasked with organizing meetings, collecting and analyzing data, conducting brainstorming sessions, and drafting action plans.

The team met every two weeks so that the members could report on progress in their respective departments, sign off on goals, discuss problem areas and improvement measures, and carry out energy audits.

Getting down to the training

After the first round of three-day training, including a seminar on the basics of energy management at the NPS office, Yoshida and NPS officials visited the Hokandara Press Complex to assess the energy management, energy efficiency, and conservation measures already in place. This was followed by a field survey to identify major energy-consuming facilities and processes in the factory. Yoshida proposed measures for improvement and potential solutions before wrapping up a final discussion on project implementation. 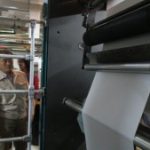 The second training session was conducted by Junichi Noka from the ECCJ on energy efficiency in air-conditioning and thermal energy. A team of experts also assessed the progress of the project, discussed possible improvements to the energy management training, and updated the basic implementation plan.

Tapping into a collective strength
The early days were intense ones for the WNL team. Janaka focused on bringing the team up to speed by working with them on the floor and holding brainstorming solutions with them. As the weeks passed, all of them began to see the fruits of their labor. Soon the team adapted to the new energy management system practices in the organization.

“This project really opened my eyes to my team’s individual capacity and competencies,” Janaka said. “I also used this project as a means of training my team and providing the necessary technical know-how to enhance their competencies in energy management practices. And I’m very proud of the levels they’ve reached.”

Yoshida agreed and added that one of the team’s biggest advantages was the collaboration with the NPS, which helped successfully navigate the demonstration activities and project. As anticipated, language was a barrier for certain members of the team but Janaka helped translate the explanations into Sinhalese, one of the national languages. Yoshida recalled, “We were also in close communication all the time, not just through the training in Sri Lanka but also via emails between WNL and the ECCJ.”

The eventual solutions comprised a mix of low-, medium-, and high-cost options. The low-cost options included modifying press production configurations to the minimum energy consumption settings. Then, energy-efficient maintenance and service schedules were put in place, compressed air leakages were minimized, and a new valve system was installed to avoid uncontrollable compressed air leakages. A schedule for the air-conditioning system control and operations was also introduced.

The medium-cost options focused on reducing energy consumption in the electrical systems by installing new capacitors to improve the power factor, introducing a temperature-control system for the electrical panel room, and balancing the load of the three transformers as much as possible to extend their life spans and reduce maximum demand charge.

These options also presented Janaka with his second challenge: convincing WNL’s finance team to invest in energy-efficiency initiatives. He knew that speaking from his point of view would achieve little, so he spoke their language instead. 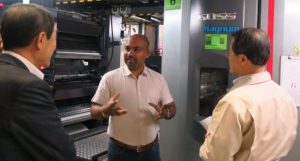 “We studied and calculated the saving potential and the potential payback with every investment in energy-efficient equipment,” he stated. “We conducted an energy review of the company to identify the areas with the most potential for saving costs and then implemented first-stage solutions at little to no cost.

“Then we measured and calculated the savings and presented them to the management. The next step was implementing medium-cost solutions within the allocated operational budget. The positive financial and nonfinancial results of these initiatives enabled me to request a bigger budget for the following year to implement the high-cost solutions.”

Yoshida called the outcomes “remarkable” and said it showcased the EnMS and some of the best practices in energy efficiency and conservation that were established by WNL. He added, “WNL even took the initiative to develop a comprehensive EnMS manual based on their understanding of our lectures and recommendations and the program outcomes. This excellent manual is a tangible output of the program and can be used as a best practice reference by other countries. We’re very happy with the end results.”

Horiguchi of the APO Secretariat echoed those sentiments, particularly as the project’s benefits not only lowered WNL’s operational costs but also inspired a change of mindset among employees about the importance of energy efficiency and conservation.

For WNL, the project enabled it to learn and standardize each process within the organization. “It encouraged us to think differently about production processes and, more importantly, dive into a micro-level study of energy conservation and management practices,” Janaka pointed out. “And the team kept achieving the weekly energy performance indicators which boosted their motivation to sustain these new practices.”

WNL now has earned its place as a model company for energy efficiency in Sri Lanka and has no plans to rest on its laurels anytime soon. Says Janaka: “We’re proud that our team is well trained in energy conservation and management best practices so that they’re now able to manage it in every single operational activity within WNL.” 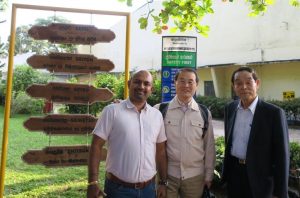