After wrapping up discussions and consultations by delegates, the 58th APO Governing Body Meeting (GBM) concluded on 21 April 2016 in Jakarta, Indonesia. The three-day annual event was attended by 45 delegates, consisting of APO Directors, Alternate Directors, and Advisers from 19 member countries. Observers from six partner organizations also attended: the Center on Integrated Rural Development for Asia and the Pacific (CIRDAP); International Labour Organization (ILO); Organisation for Economic Cooperation and Development (OECD); Pan African Productivity Association (PAPA); Southeast Asian Regional Center for Graduate Study and Research in Agriculture (SEARCA); and United Nations Industrial Development Organization (UNIDO). The inaugural session on 19 April was presided over by Minister of Manpower Hanif Dhakiri of the Government of Indonesia as the Guest of Honor. 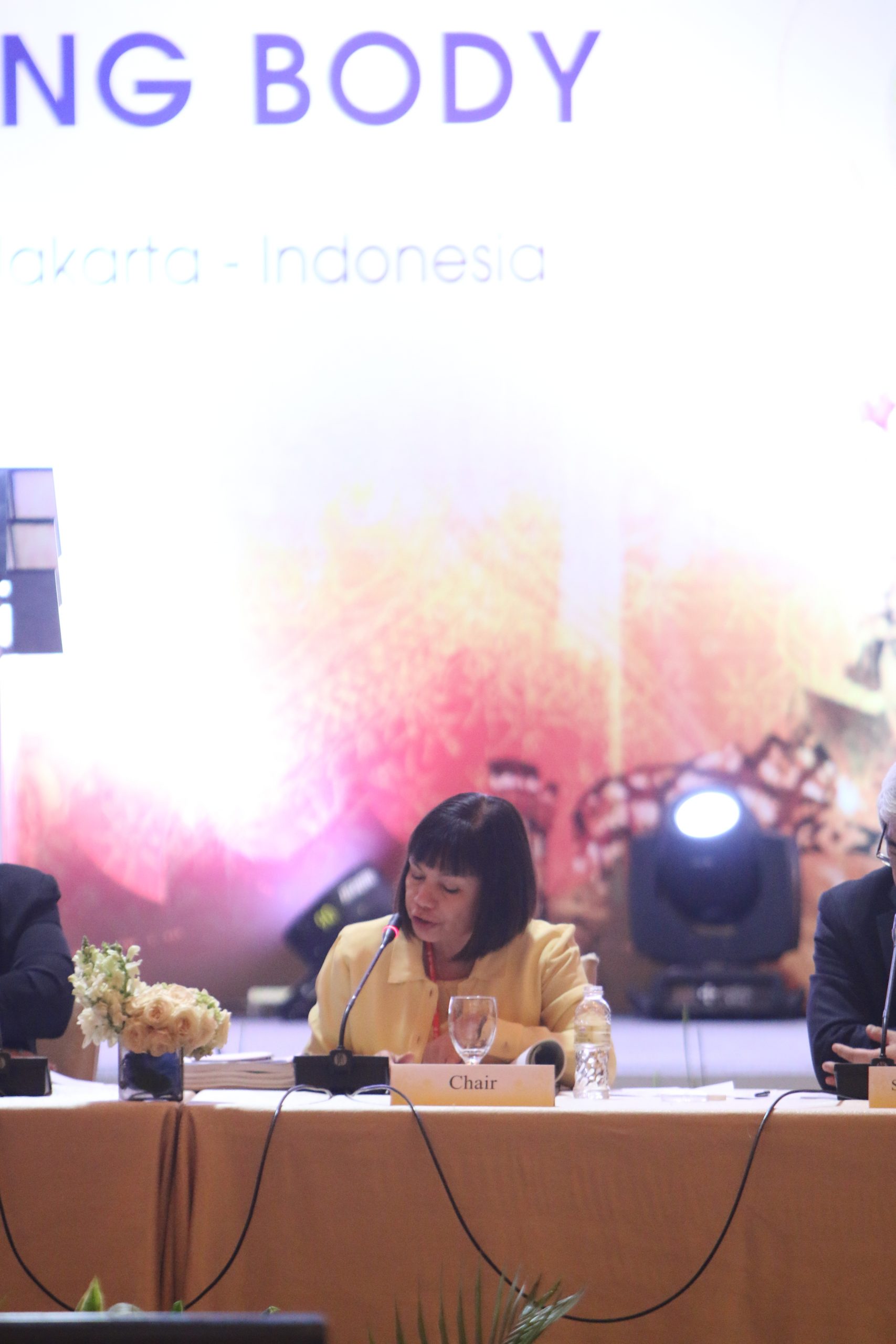 Secretary-General Mari Amano reported to the GBM on the APO’s activities and achievements during the previous year, as well as what APO members could expect in the coming year and beyond. He pointed out that when the APO had been founded 55 years ago, the world was vastly different from today. Despite the passing of years and changes that had occurred, “The single greatest challenge still facing every member economy, regardless of its stage of economic development, is to raise the productivity of its workers. The same challenge, in a different world, continues,” he noted. He stressed the fundamental need for achieving sustainable productivity for long-term economic development and the prosperity of APO member economies.

Under the direction of the new APO Chair, this GBM considered, deliberated, and decided on various key agenda items. It approved the Financial Report for the Year 2015, Report of the 56th Workshop Meeting of Heads of NPOs to the Governing Body, and the APO Preliminary Budget for the 2017–2018 Biennium. The APO Directors also considered and approved the proposal for the Roadmap to Achieve the APO Vision 2020, a medium-term strategic framework to guide the planning and implementation of APO programs and projects in achieving its vision of being the leading international organization on productivity enhancement and enabling APO member economies to be more productive and competitive by 2020. In addition, delegates discussed and unanimously approved the proposal to expand the APO Digital Learning Program, consisting of self-learning e-courses on various topics relevant to productivity improvement, over the next five years. Finally, the GBM elected Dr. Santhi Kanoktanaporn, nominee of the Government of Thailand and APO Alternate Director for Thailand, as the next Secretary-General for the subsequent three years from September 2016 to September 2019. During Plenary Session II held 20 April, the GBM invited Vice Chairman and Commissioner of the Indonesian Civil Service Commission Irham Dilmy to make a special presentation on Changes in the Public Sector: Civil Service Human Resources Management in Indonesia. He explained his country’s initiatives to improve the effectiveness of the public sector through human resources development and management.

In line with the usual practice of the GBM, day 2 also included a session on policy directives from each APO member. This year, the presentations focused on the topic of governmental policies aimed at boosting productivity in the areas of the public sector, Green Productivity, and SMEs. APO Directors shared their ideas and views on approaches to meet various economic challenges resulting from weak productivity gains and other factors such as unstable financial markets. 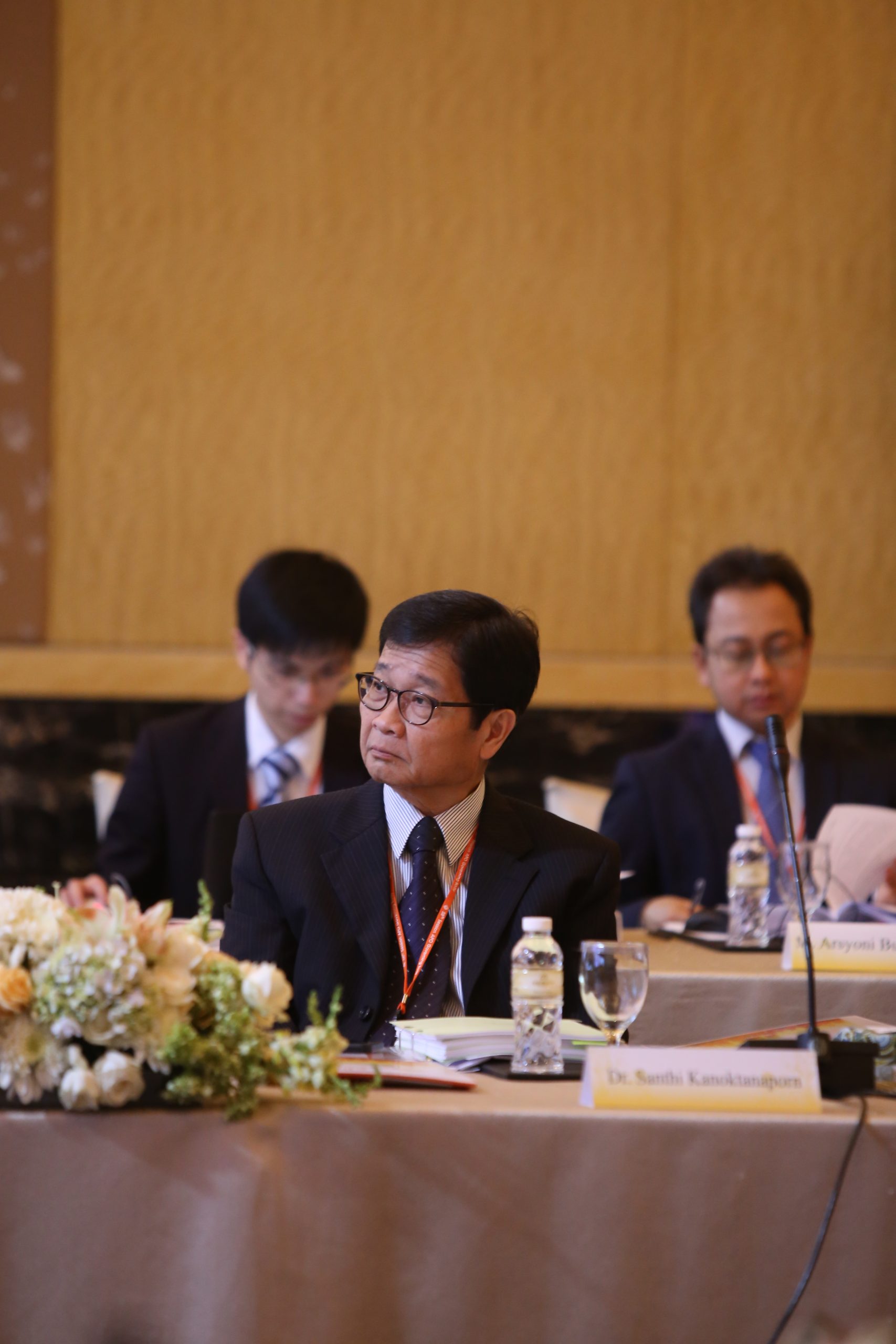 A site visit was organized by the host country on 21 April to the Taman Mini Indonesia Indah (Beautiful Indonesia Miniature Park) located in eastern Jakarta. Delegates were able to experience the diversity and extent of Indonesia by walking through and viewing miniature reproductions of Indonesia’s islands and provinces.

In closing, APO Chair Margarita R. Songco noted that the success of this year’s GBM was evidenced by the decisions made on several important matters, including the approval of the proposed roadmap, which would provide a set of core values for the APO to respond effectively to the needs of its member economies with limited resources, and the election of the new Secretary-General. “The APO is now operating in a more dynamic, globalized environment where economies are restructuring and business models are changing fast due to the advent of IT and social media,” she stated. The APO Chair expressed her hopes for the APO to reinvent itself, its approaches, and offerings to become a more dynamic organization, with its programs and activities in synch with the times. The vote of thanks was presented by APO Director for Lao PDR Somdy Inmyxai, who, on behalf of all delegates, expressed appreciation to the Government of Indonesia for hosting the meeting, especially to APO Director for Indonesia Khairul Anwar for his leadership, and to the entire staff of the NPO Indonesia for their hard work in organizing the meeting meticulously and in a planned manner.

In his closing statement, Secretary-General Mari Amano recognized the observers attending the meeting and acknowledged that their presence gave hope for increasing the level of cooperation in mutually beneficial areas. He thanked Directors for approving the APO Roadmap, expansion of the Digital Learning Program and the APO  Preliminary Budget for the 2017-2018 Biennium. He expressed his gratitude to the Governing Body for supporting his initiatives to revitalize the APO during his tenure as the Secretary-General. Secretary-General Amano concluded by thanking APO Director for IR Iran Dr. Roya Tanatabaei Yazdi for her country’s agreement to host the next GBM in 2017.

Photos courtesy of Directorate General of Training and Productivity Development.