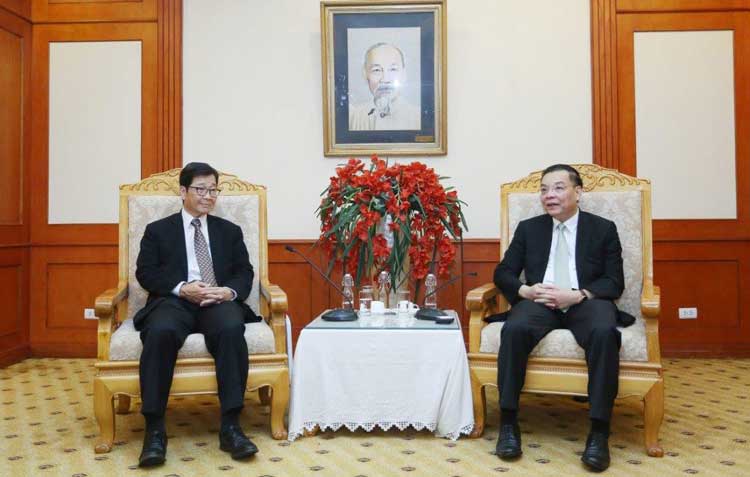 Secretary-General Dr. Santhi explained how the national productivity master plans had been developed for Bangladesh, Cambodia, and Fiji and the rationale for APO assistance to member countries in drafting those plans. He also reported on the APO Centers of Excellence (COE) in the ROC, India, and Singapore, stating that he was well aware that Vietnam hoped to establish a COE on Innovation in the future. The Secretary-General briefly introduced the KDI, which is ranked among the six most influential think tanks worldwide outside the USA and highly regarded among major Asian economies. Executive Director Dr. Koh described how the KDI expected to work with STAMEQ, the VNPI, Ministry of Science and Technology (MOST), and other major stakeholders to create an effective national master plan for Vietnam.

Minister Chu thanked Dr. Santhi for the support of the APO, particularly for his direct personal support. He stated that, “The Government of Vietnam cares deeply about productivity and innovation, since they are two key factors in its socioeconomic development plan for 2020–2030. After setting up the Vietnam Academy for Science and Technology Innovation, conditions are favorable for the establishment of a COE on Innovation. STAMEQ, the VNPI, and the academy will cooperate closely to achieve that target.”

Dr. Santhi emphasized that drafting a master plan accounted for only 15% of success, while implementing it effectively accounted for 85%. Minister Chu agreed with that statement, pointing out that all the stakeholders must collaborate for the plan to achieve the intended outcomes.

The APO Secretary-General thanked STAMEQ Deputy Director General Dr. Ha Minh Hiep and VNPI Deputy Director Nguyen Thu Hien for arranging the meeting and hoped that they would continue working closely with MOST, the KDI, and APO on the development and eventual implementation of the master plan.