During meetings with Minister Jose Usamate and other high-ranking officials, the Secretary-General discussed how the APO could help the country improve productivity growth.

Asian Productivity Organization (APO) Secretary-General Santhi Kanoktanaporn met Fiji Minister for Employment, Productivity and Industrial Relations Jone Usamate during his recent visit to the country. The four-day visit was an effort to understand the needs and expectations of Fiji and discuss how the APO could help the island nation improve its productivity growth and global competitiveness. 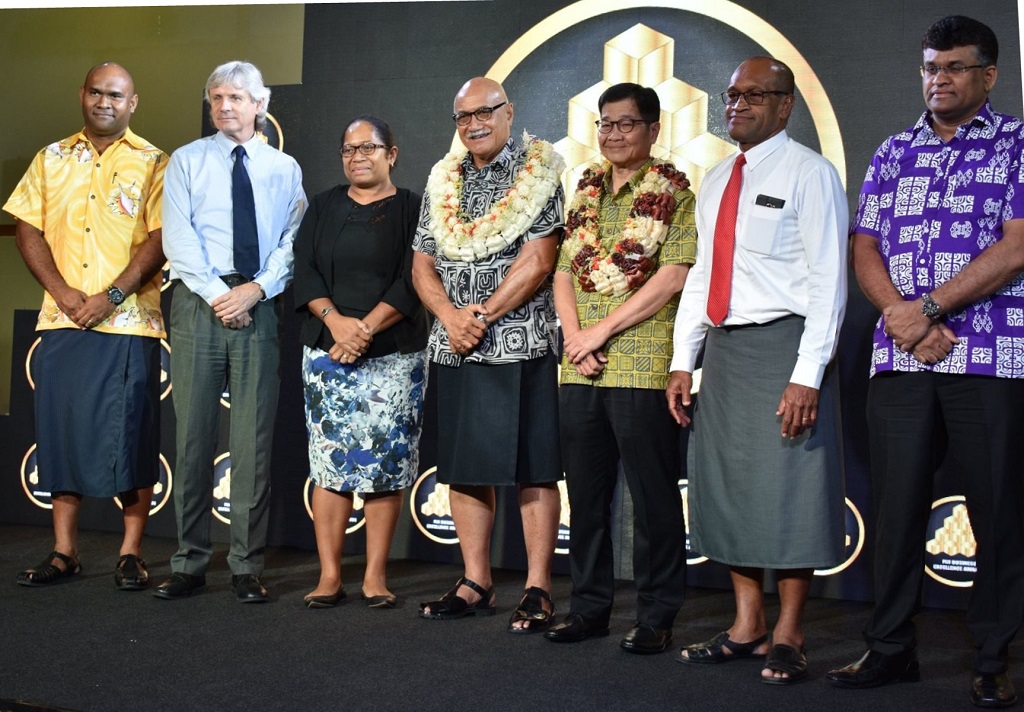 The Secretary-General outlined the APO’s latest initiatives and different approaches to increase the impact of its programs, which Minister Usamate agreed were timely and would maintain the relevance of the organization to its members. After the Secretary-General Santhi gave details on the strategic foresight initiative of the Secretariat to prepare governments to shape their own futures in the dynamic global economy, Minister Usamate indicated eagerness to adopt it.

Fiji had recently launched its five-year and 20-year plans to meet the major challenge of sustaining growth, and the minister stated that since 60% of Fiji’s workforce was in the informal sector, the country was focusing on developing microenterprises and youth entrepreneurship. Secretary-General Santhi suggested that Fiji study the accelerator models adopted by the Republic of Korea and Singapore.

While in Suva from 25 to 28 February 2018, the Secretary-General also held meetings with Permanent Secretary for Employment, Productivity and Industrial Relations and APO Director for Fiji Salaseini Daunabuna and Fiji National University National Training and Productivity Centre Director Dr. Isimedli Waibuta, who serves as APO Alternate Director and NPO Head for Fiji.

As each APO member country is at a different level of development and industrialization, Secretary-General Santhi’s discussions with the APO Director and Alternate Director centered on how to leverage the new Specific National Program to support Fiji in undertaking more high-impact national initiatives. He emphasized that such initiatives, backed by governments and policy advice from the APO, could be much more effective than the traditional multicountry project approach, citing the new Pakistan Productivity, Quality & Innovation Framework as a successful example.

Concluding the visit, Secretary-General Santhi was a special guest at the Fiji Business Excellence Award Launch, which was attended by the President of Fiji, Retired Major General Jioji Konousi Konrote.